Update: Take a look at the Best Midsize Cities to Relocate to in 2017!

If 2015 hasn’t been the best year, starting over in different surroundings can help you turn things around in the New Year. Packing up and moving to a brand-new city could be a great opportunity to kick your career into high-gear or get over a failed relationship.

Once you make up your mind to move, the next step is deciding where you’re going to put down roots. To make things a little easier for you, we’ve ranked the 10 best big cities around the country to get a fresh start. Some of the cities on our list, like San Francisco, are already hot tickets for job-seekers, but some of our picks may just surprise you.

In coming up with our list of the top 10 best cities to move to, we looked at the following factors:

The cities that rose to the top of our list are the ones that have the best outlook for jobs and income, while putting the least amount of strain on your wallet. 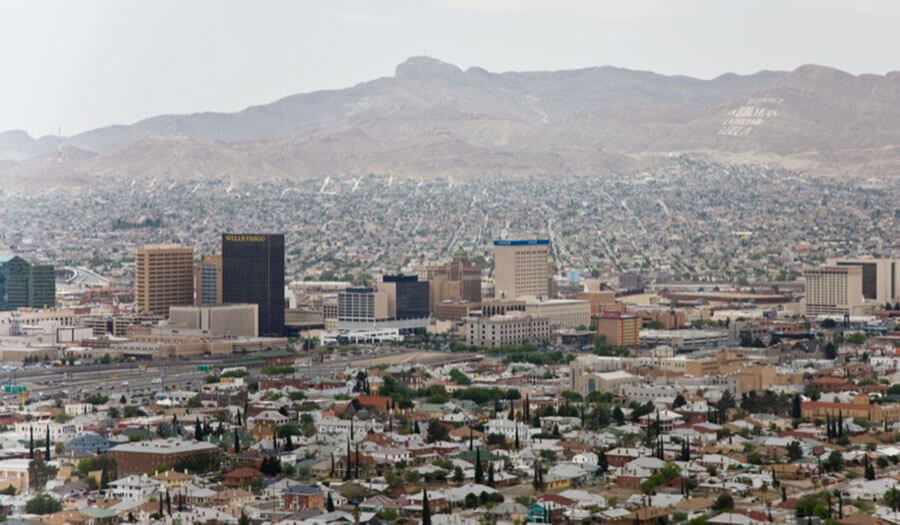 El Paso earns a spot on our list for a few reasons, starting with housing costs. Renters aren’t parting with a huge chunk of their income each month and the median monthly rent payment comes to $747.

The city is home to more than 70 Fortune 500 companies, which bodes well for job seekers and it has the second shortest average commute time in our rankings. In terms of livability, El Paso offers a warmer climate, a cost of living that’s well below the national average and plenty of ways to stay active, both indoors and out.

[Related: Top 10 States with the Most Credit Card Debt: How Long It Would Take to Pay It Off] 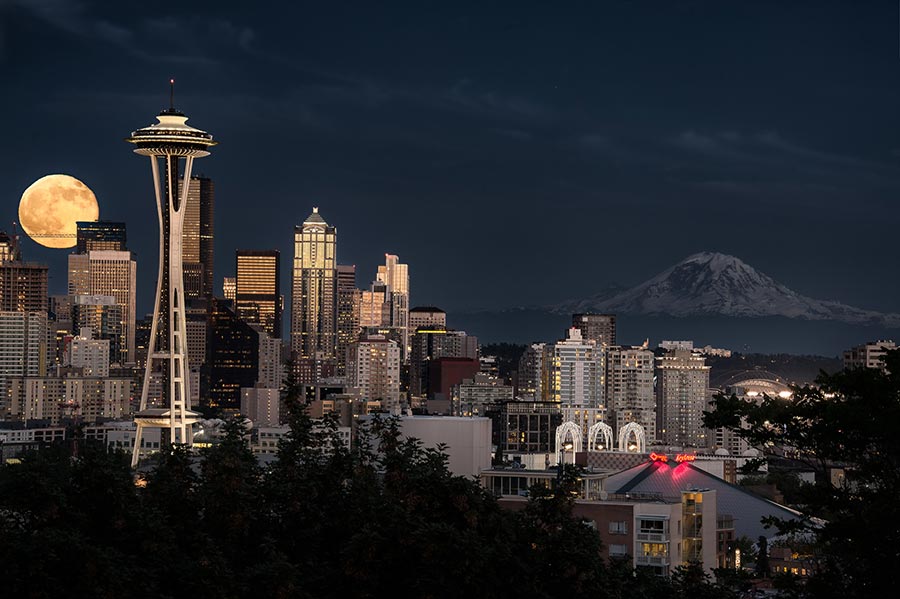 Four of the Fortune 500 companies are headquartered in Seattle. Photo: http://bit.ly/1PZV9uP

If you don’t mind rainy days, Seattle is definitely worth a look if you’re contemplating a move in the new year. It ranks third overall on our list in terms of the percentage of income renters spend on housing and residents also earn the third highest median household income.

Unemployment is nearly two full percentage points below the national average and if you’re looking for work in the tech industry, this is the place to be. The headquarters of both Microsoft and Amazon are located here and new tech companies are moving into the area all the time. Seattle’s local culture is particularly well-suited to the younger crowd but people of all ages should have no trouble feeling right at home here.

Three of the top ten Fort Worth employers are in the defense industry. Photo: http://bit.ly/1lPF5z8

We head back to Texas to visit the number eight city on our list. Close to 800,000 people make their home in Fort Worth and it’s a virtual land of opportunity if you need a change of scenery. Unemployment here is a low 4% and when it comes to potential employers you’ve got top-shelf companies like American Airlines, Lockheed Martin, GM Financial and JPMorgan Chase to choose from.

Fort Worth has seen a rate of population growth three times the national average since 2010 and people are flocking here for the affordable housing and higher median incomes. Packed with restaurants, shops and art galleries, the downtown area is a hub of activity 24/7 and it’s a great spot to get out and meet new people. 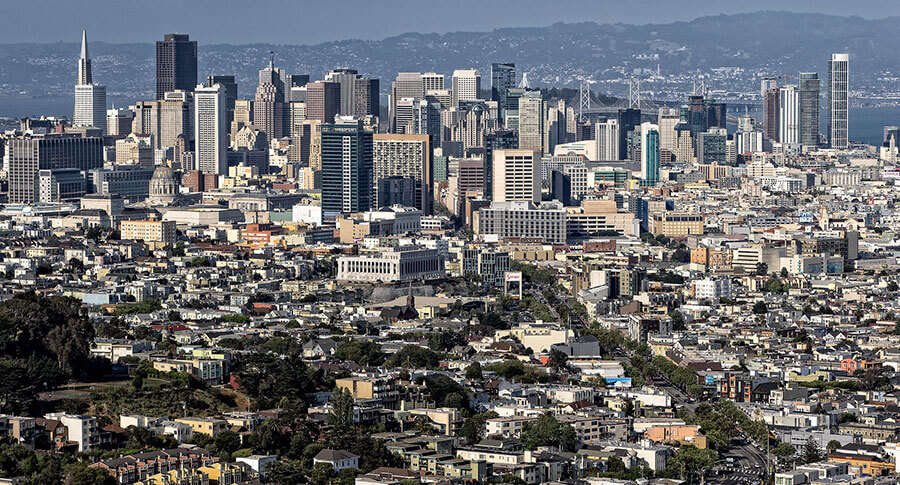 A great place to live if you can grab some of that sweet tech money. Photo: http://bit.ly/1QqdTUH

San Francisco is in the midst of a major tech boom and it’s drawing in people from all over the country who are starting over from square one. The median monthly rent price is quite a bit higher here but renters are still spending less than 30% of their pay on housing. Workers are also earning the highest median income of any city on our list, at nearly $80,000 annually.

Residents clock the longest average commute time in our rankings but that’s a small price to pay considering how livable the city is on the whole. You’ve got dozens of diverse neighborhoods to choose from, an unparalleled arts and cultural scene and a fairly mild climate all year-round, not to mention some truly spectacular views. 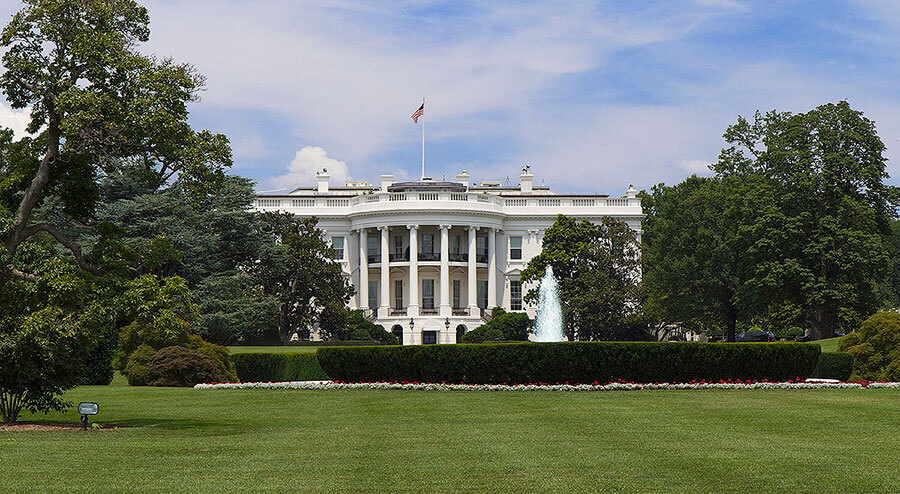 For rent: 16 bedroom for rent in 2016. Close to museums, must provide proof of presidential employment. Photo: http://bit.ly/1QsgbCf

The nation’s capital earned a sixth-place ranking in our list and it’s easy to see why it would appeal to someone who’s starting fresh. Out of all 10 cities on our list, renters hand over the lowest percentage of their income for housing. The median household income is nearly $70,000.

[Related: Rent & Utilities to Be Stronger Factors for Your Credit in 2016?]

Getting to work will take you a little longer but the odds of finding a job are pretty good. The largest employer in the area is of course the federal government but there are plenty of private companies that are hiring, including Capital One, AT&T and Booz Allen Hamilton. Once the working day is done, you can enjoy D.C.’s bustling nightlife scene which features some of the best bars and clubs on the East Coast.

Percentage of income spent on rent: 31%

Austin is well-known for its live music scene and if you decide to move here in the New Year, you won’t be singing the blues. The unemployment rate is one of the lowest on our list and workers aren’t doing too shabby in the income department. Dell, IBM and Apple are just a few of the companies that have set up shop here but the healthcare and financial services sectors are also big business.

Workers aren’t wasting away too much of their day in traffic and rental housing isn’t a huge budget-buster. Demographically speaking, Austin tends to attract a younger crowd, which makes it especially appealing to millennials who want to connect with other 20- and 30-somethings.

[Related: 5 Effortless Ways to Destroy Your Credit in Your 20s]

Dallas has one of the largest concentrations of corporate headquarters for publicly traded companies in the United States. Photo: http://bit.ly/1QMyKQe

Dallas is the second largest city in our rankings population-wise, with nearly 1.3 million residents and new people are moving here all the time. The median household income is a little lower compared to some of the other cities in our study but it’s balanced out by a lower unemployment rate and rental prices that aren’t through the roof.

Bank of America, UPS and Texas Instruments are just a few of the largest companies that have home bases here but there’s no shortage of job opportunities with smaller employers. Between the museums, parks and the local nightlife, boredom is the last thing you’ll have to worry about. 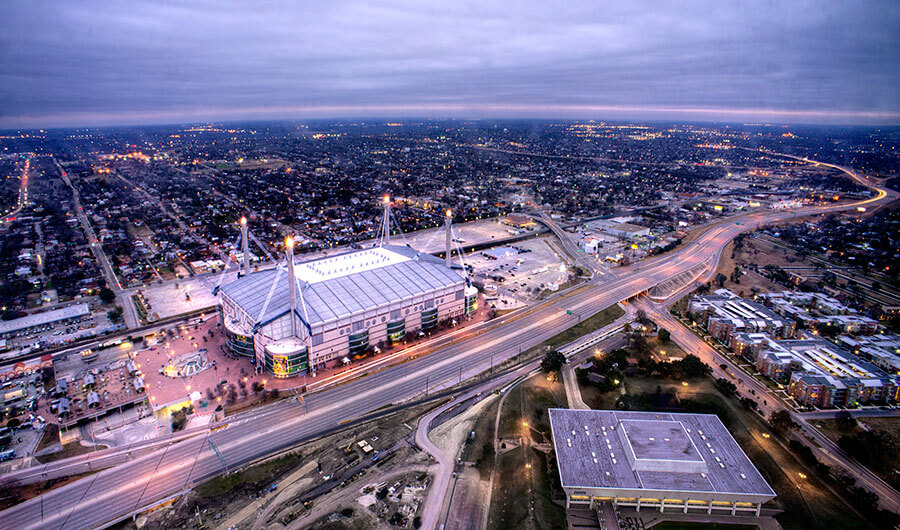 San Antonio is the fifth Texas city to make our list and it’s also the largest city overall, with more than 1.4 million residents. Between 2010 and 2014, the population increased by more than 8%, making it one of the fastest-growing cities in the country.

So why would you want to start over here? For one thing, as of 2014, the median gross rent payment was $840. You’ve also got a great shot at finding a job with companies like Toyota and USAA located in the area. The scenery is pretty amazing and so is the food but best of all, the people here have a reputation for being some of the friendliest in the nation. 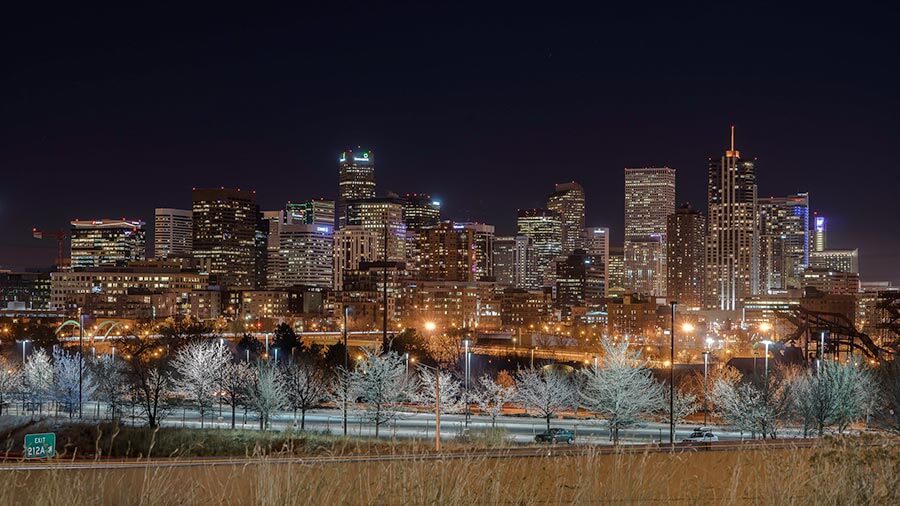 If you prefer cool mountain peaks to a desert climate, you’ll love Denver. The Mile High City’s population has grown by more than 10% since 2010 and it shows no signs of slowing down. The excellent job market paired with a low crime rate make it an ideal choice when you need a clean slate.

Unemployment is lower in Denver than any other city in our rankings and it’s less than half the national average. The economy is varied and the healthcare, financial, education and government sectors are where you’ll find some of the largest employers. One of the best reasons to consider starting over here is the natural landscape, which is perfect for skiing in winter and hiking in summer.

Forbes ranked Columbus as the best city in the country for working moms. Photo: http://bit.ly/227mNKj

The number one city in our rankings is probably not one you’d expect but Columbus is a worthy contender if you need something new. For one thing, unemployment is low and you’ve got major companies like Honda and Nationwide Insurance looking for new employees. The median household income is respectable and you’re not going to have to spend a lot of it on rent.

Workers here have the shortest average commute time, which is surprising considering just how big Columbus is. The cost of living here is lower than some of the other cities we’ve profiled and there are lots of places to explore during your downtime. Just make sure you pack a snow shovel because the winter weather can be a bit unpredictable.

[You May Also Like: 10 Big City Alternatives for College Grads Who Are Burdened With Debt]

To determine which big cities are the best places to start over in the New Year, we collected data for the 25 largest cities in the U.S. by population.

The unemployment rate for each city was drawn from the Bureau of Labor Statistics. We turned to the Census Bureau once again to determine the average commute time for each city.

We ranked each city from 1 to 25 in each category, with 1 being the best rating and 25 being the worst. We then averaged the rankings across all five data metrics to determine each city’s final score. Our final list reflects the cities that had the highest overall ranking, in order from the lowest score to the highest.

Thank you for reading our story. 2016 is moving quickly — it’s already tax season. We’d to know how you plan on spending your tax refund! Please vote in our poll below.

If you are getting a tax refund, how are you planning on spending it?

Get Your Free Credit Score!
You can trust that we maintain strict editorial integrity in our writing and assessments; however, we receive compensation when you click on links to products from our partners and get approved.
Published December 16, 2015 • Updated: February 6, 2017

Rebecca is a financial journalist from North Carolina. She has a Bachelors in Political Science from the University of South Carolina. She covers the intersection of public policy and personal finance.
View Rebecca Lake's posts and answers >
Related Links
The Best 15 Cities for Saving Money
Metros with the Largest Renter Wage Gap
The Most Affordable Cities for First-Time Home Buyers