Rising Credit Card Debt and the Consequences for Consumers 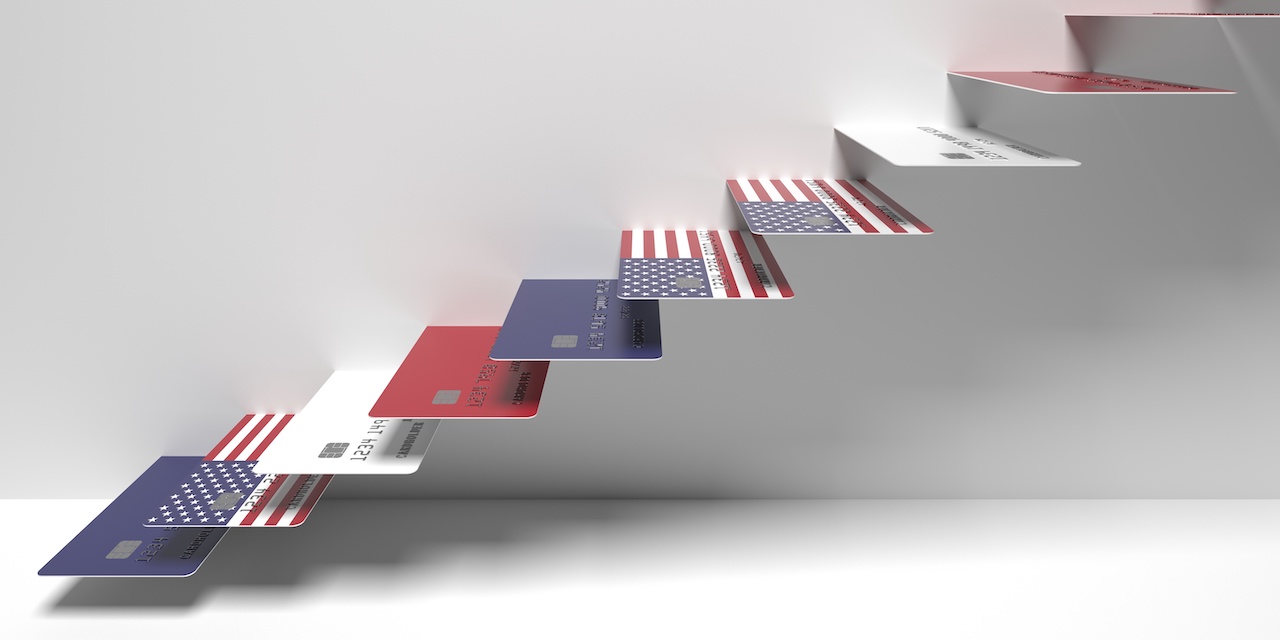 Credit Sesame examines the reasons for rising credit card debt and the consequences of spending beyond means.

Normally, strong consumer spending indicated by rising credit card debt is considered a sign of strength for the economy. In today’s high-inflation environment though, it raises two key questions:

A closer look at these questions suggests that for at least some consumers, continuing their current spending habits would mean heading for trouble. The best solution is a change in those habits – especially how they use credit.

Credit card debt had a record first-half increase this year

The New York Federal Reserve Bank recently released its Quarterly Report on Household Debt and Credit. The numbers showed that overall household debt reached a record high of $16.15 trillion in the second quarter of 2022.

Taking that into account, it is alarming to see how fast credit card debt is growing. According to the New York Fed, the 13% year-over-year increase in credit card balances was the largest in over 20 years.

Further analysis by Credit Sesame found that credit card debt is growing at an unusual time. Credit card spending is very seasonal and tends to peak in the fourth quarter of each year due to holiday spending. Then people pay down debt somewhat in the early part of the following year.

Why are consumers racking up credit card debt?

On the other hand, there can be a negative side to credit card borrowing. It may mean that people are struggling to make ends meet. The reason may be this year’s extraordinarily high inflation rate.

When inflation is high, increased spending isn’t necessarily a good thing. It can show that people are having to shell out more money just to buy the same things they’ve always bought from month to month. Putting money on a credit card can be a short-term way of coping with inflation. In the long run though, if wages can’t keep up debt may spiral out of control. Eventually spending has to slow down.

So which does the current boom in credit card spending represent: confidence in the future, or distress caused by inflation?

Inflation is causing serious financial problems for many consumers. A survey by Credit Sesame found that more people are maxing out their credit limits and missing credit card payments this year than last year.

A sampling of credit files by VantageScore found that credit card balances have risen especially fast over the past year for younger borrowers and those with subprime credit scores. For each of those groups, credit card debt rose more than twice as fast as it did for the general population.

Meanwhile the New York Fed reported that payment delinquencies are rising among lower-income and subprime borrowers.

The picture this paints is one of borrowers whose budgets got caught short by inflation. With nowhere else to turn, they’ve been borrowing against their credit cards to fill the gap. This approach may soon make the inflation problem even worse.

Borrowing against your credit card to cover increased spending due to inflation may only lead to other problems:

In a pinch, borrowing against your credit card might seem like a solution to the inflation problem. In the long run, it just adds to that problem.

How to achieve sustainable credit use

It’s no surprise that inflation is hitting lower-income and lower-credit score consumers hardest. These are the people whose finances were already closest to the edge. Unfortunately, rising credit card debt for individuals is unlikely to be sustainable.

To prevent your financial problems from getting worse, you need a sustainable solution. That means adjusting your household finances so they don’t rely on continued borrowing.

There are two ways to bring your spending back within what your income can afford:

This is never easy, but you can get it done by paying attention to details such as:

One thing consumers have going for them is that strong demand for workers is creating opportunities to earn more income. Possibilities include:

Making these changes takes some effort. In the long run though, you’ll find making these sustainable adjustments easier than dealing with an ever-growing debt problem.

You can trust that we maintain strict editorial integrity in our writing and assessments; however, we receive compensation when you click on links to products from our partners and get approved.
Published August 9, 2022

Financial analyst for Credit Sesame, Richard Barrington earned his Chartered Financial Analyst designation and worked for over thirty years in the financial industry. He graduated from John Fisher College and joined Manning & Napier Advisors. He worked his way up to become head of marketing and client service, an owner of the firm and a member of its governing executive committee. He left the investment business in 2006 to become a financial analyst and commentator with a focus on the impact of the economy on personal finances. In that role he has appeared on Fox Business News and NPR, and has been quoted by the Wall Street Journal, the New York Times, USA Today, CNBC and many other publications.
View Richard Barrington's posts and answers>
Related Links
The Fed Announces Another Interest Rate Rise – When Will It Stop?
Pay Down Debt as a Financial Gift to Yourself
Personal Finance Weekly News Roundup September 24, 2022