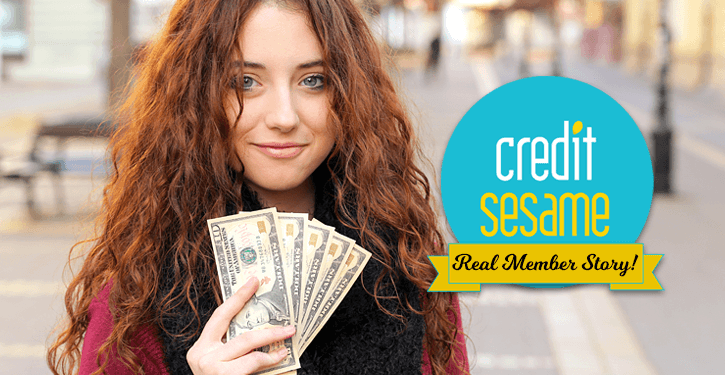 Credit cards – easy to use, hard to repay 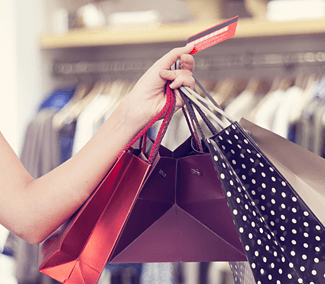 Although she had opened credit cards in college, she didn’t start to rack up serious debt until she got divorced right before her 21st birthday. “Looking back, I was doing a lot of emotional spending because I was feeling really lonely moving back home after college and from the divorce,” Sloan recalls.

Sloan got into the habit of signing up for store credit cards at the mall because of the allure of the 20% discount on the first transaction. She made purchases to fix up her home and soon faced $10,000 of debt spread over 10 cards.

The easy way to find out your credit score

After graduating from college in 2012, she was working in her hometown of Colby, Kansas, as a credit analyst to assess the creditworthiness of farmers and ranchers in the area.

Anxious about her financial situation, Sloan started to read personal finance blogs and discovered Credit Sesame. “I signed up to be a member to get the free credit monitoring and alerts,” she says. To her dismay, she discovered her credit score was firmly in the poor credit category. “Ironically, I was assessing everyone’s creditworthiness, but I wasn’t assessing my own,” Sloan laughs. 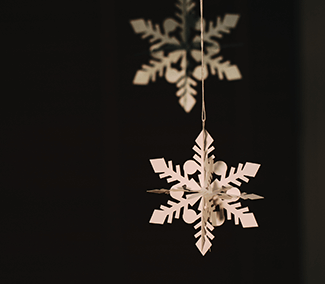 Sloan decided to pay off her debt, and focused on credit cards first. Besides her basic living expenses, which included a $750 monthly mortgage and $95 student loan payment, she made at least the minimum payments on all her cards.

Because a modest income didn’t allow her to push ahead financially, Sloan got a part-time second job to make extra payments on her credit cards. Any time she could, she sent an extra $5 or $10 toward the smallest balance.

These mini payments are sometimes called “snowflake” payments. In the snowball debt payoff method, you attack the smallest debt first. Paying it off is a great motivator to work toward the next debt. Once you pay off the first debt, you apply those payments to the next smallest debt, in addition to the minimum payments on that debt. The payments get bigger as each debt is repaid, so debt payoff strategy “snowballs.” Her mini extra payments were snowflakes in her debt snowball, and each one chipped away at the debt, little by little.

Sloan used Credit Sesame’s debt tracker tool to check her total debts at any given time. “It was inspiring to see my debt go down,” she says.

Sloan’s credit score steadily improved as the debt levels went down. Sloan used her higher credit score to get a credit card with a 0% balance transfer offer to save money on interest, which enabled her to pay off the next debt faster. She chose a card based on the personalized recommendations on her Credit Sesame dashboard. At the same time, she increased her monthly payments as her income rose.

The time limit on the zero percent offer motivated her to pay off the balance within a year.

Her second balance transfer was for a total of $1,500. It is scheduled to be paid off in full this month. “While I didn’t think it would take me this long, I’m very excited to be almost done with paying off my credit cards,” says Sloan.

No debt is good debt 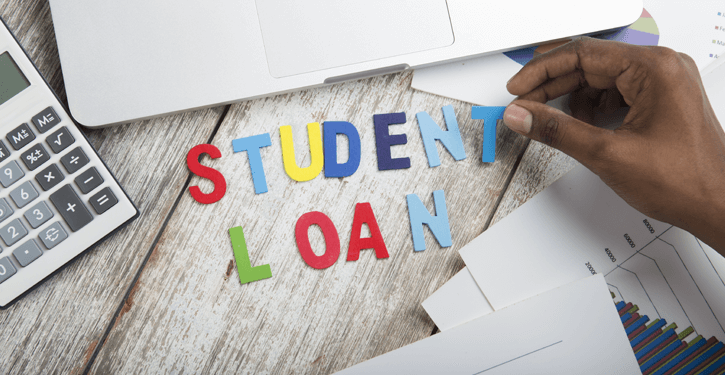 Sloan’s next big goal is to pay off her student loans.

Here are tips Sloan has for anyone trying to pay off credit card debt:

Keep a budget. Sloan found places to trim her spending after she started tracking it.

Work at your own pace. For the first few months of her debt payment plan, Sloan cut back drastically on spending. It backfired. “I felt so deprived, I just ended up going on this huge splurge,” she recalls.

She realized she needed some breathing room. “I know it would be unrealistic for me to never eat out,” she explains. “I can still enjoy eating out, but less often or for less.”

Allow for setbacks. A few months into her debt payoff, Sloan found herself spending money on car and washing machine repairs and other unexpected events. She even had to use a credit card for some of the expenses. “I felt horrible,” she says. “But you know what? It’s okay to feel defeated at times. You can’t let yourself wallow in it. You have to get back on the wagon. No one else is going to fix it for you.” 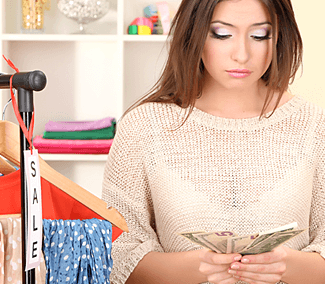 Examine your emotional pain points. Sloan knows now that she overspent because she was unhappy with her job and her life. She made some major life changes and is less prone to emotional spending.

Sloan’s credit score is now 775. And while getting there took longer than she would’ve liked, she’s over the moon about almost paying off her credit card debt. “Life doesn’t always happen according to plan,” says Sloan. “You’re still going to get there.”

You can trust that we maintain strict editorial integrity in our writing and assessments; however, we receive compensation when you click on links to products from our partners and get approved.
Published March 29, 2017 • Updated: February 3, 2020

View Jackie Lam's posts and answers >
Related Links
Get the credit score you deserve
Why 3 In 10 Americans Have Given Up On The Traditional Credit System
Should you Buy Now Pay Later?