Know Your Rights: How to Dispute a Credit Card Charge 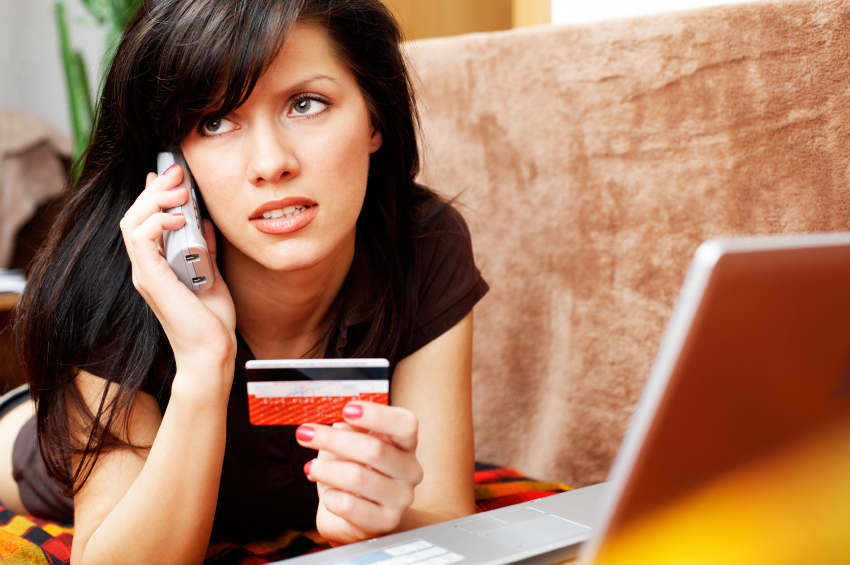 Not all credit card charges are set in stone. Whether a charge is the result of fraud, bad business or human error, in many cases it’s not only possible to have the charge removed, the process can actually be quite easy. In fact, the initial action is often in favor of the consumer – the credit card issuer reverses the charge and leaves it to the merchant to prove that it’s valid.

Legitimate reasons to dispute a credit card charge include being charged twice for the same transaction, being charged for something you returned or something that was never received. Sometimes the credit card issuer fails to credit a payment. Other times an unauthorized person makes a charge.

The Fair Credit Billing Act (FCBA) protects consumers against billing errors. Under qualifying circumstances, liability is limited to $50 (and most major credit card issuers waive that liability). Qualifying errors include:

And two of the most common reasons for a reversal request:

Charges for items or services you never accepted or that were not delivered as agreed. Some deceptive recurring billing practices fall into this category. Many consumers provide a credit card number for a free trial or a one-time purchase only to be charged on an ongoing basis. This is called a negative option and it’s legal – the merchant can continue to charge the consumer unless and until the consumer says to stop. Some consumers don’t realize the charges are ongoing, forget to cancel, or just find the opt-out process confusing or difficult. When the charges are discovered, the consumer asks for them to be reversed because they never wanted or intended to subscribe to the service.

While any of the above characteristics are grounds for requesting a reversal of the credit card charge, regret, dissatisfaction and changes in financial circumstances are not, unfortunately, billing errors. They might, however, be protected under other consumer laws.

How to Dispute a Credit Card Charge

Check your statement regularly. The sooner you catch an erroneous charge, the better.

Choose your battles. If you become known as a person who often “never receives” items you were charged for, you could lose the credit card account altogether. Resist any temptation to dispute a legitimate charge, even if you were dissatisfied with the purchase. Returns are a separate issue, and you cannot circumvent the returns process by simply asking that the charge be removed from your bill.

Put on your polite hat. Even when you’re in the right, bad behavior will, at the very least, delay your resolution while all parties put up defenses and dig in for a fight. It’s alright to be firm, but be courteous, speak clearly and offer up all relevant details. Do not engage in name-calling or accusations even if you feel justified. Don’t use profanity, verbally or in writing.

Contact the merchant. In many cases, especially those involving human error (bad math or double-charging, for example), the merchant is often a quick first and last stop in the process. Legitimate businesses will happily correct a mistake when evidence of the error is presented. Merchants are charged a fee when the credit card issuer has to investigate a dispute, so it’s in their best interests to resolve the dispute informally whenever possible. A high number of disputes could lead to the merchant losing credit card privileges altogether. Give them one chance to resolve the situation amicably.

Collect your thoughts and gather your evidence. Don’t be intimidated or bullied into giving up on a valid dispute. The New York Times reported that some merchants present customers with “chargeback abuse policies” to the tune of, “you agree not to file a … chargeback with regard to any purchase.” Brazen! And illegal! If you come across such a statement, or one that threatens to “report you” to a chargeback abuser database that will make it “more difficult or even impossible” for you to use your credit card in the future, stand your ground. Identify the reason you believe the charge should be reversed, and if there is any documentation to support your position, get it together.

Document your actions. Write down the details of the dispute, the names of any people you talk to during the resolution process, the dates and times of any phone calls, and the outcome of any conversation.

Write a letter. Many disputes are resolved without the need for formal written communication. But in some cases the merchant will not agree to the chargeback. To formally pursue a credit in accordance with your rights under the FCBA, your request should be submitted to the credit card issuer in writing and within 60 days of the date the bill with the disputed charge was sent to you. The letter should include all relevant details: your name, address and phone number, the account number, the details of the charge (merchant, date, amount), the statement closing date and the reason you are disputing the charge. You should also list all of the steps you have taken so far to resolve the dispute , and include copies of any letters, receipts or other documents. Send everything (keep a copy) by a method that provides proof of delivery (certified, return receipt requested or overnight mail) to the billing office (not the payment address) of your credit card issuer.

Pay your bill. Don’t stop paying your credit card bill unless the only charge outstanding is the one in dispute. Failure to pay the other portions of your bill can result in late fees and negative reporting to the credit bureaus. You do not have to pay the disputed charge (or related charges) while it is under investigation, and the credit card issuer cannot attempt to collect the debt, report you as delinquent or close your account. It can, however, report your challenge. And if the dispute is not resolved in your favor, you’ll be liable for any interest charges that accrue during the process.

Review the FCBA for all eligibility details before initiating a dispute. In any case, act fast and keep records.

You can trust that we maintain strict editorial integrity in our writing and assessments; however, we receive compensation when you click on links to products from our partners and get approved.
Published November 10, 2014

Kimberly Rotter is a writer and editor in San Diego, CA. She and her husband have an emergency fund, two homes, a few vehicles, a handful of modest investments and minimal debt. Both are successfully self-employed, each in their own field. Learn more at RotterWrites.com.
View Kimberly Rotter's posts and answers >
Related Links
Get the credit score you deserve
Why 3 In 10 Americans Have Given Up On The Traditional Credit System
Should you Buy Now Pay Later?