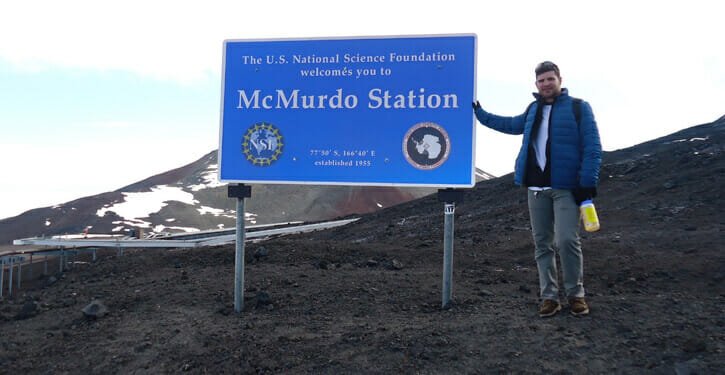 How to Pay Off Overwhelming Debt

Zach paid off nearly $100,000 in student loan debt. He did it in only four years, using simple strategies that you can use, too.

I graduated from high school in 2005 as a lower middle class kid from Lancaster County, Pennsylvania who hadn’t seen much. As a result, it took a little time for me to figure out what I really wanted and how best to get it.

My first move was to enroll in culinary school in Philadelphia. Soon afterwards, I transferred to the Johnson & Wales nutrition program in Denver, Colorado, where I discovered that the culinary credits I had earned in Philadelphia would not transfer.

This forced me to take out more student loans than I might otherwise have needed, and it also forced me to relocate to yet another school for a second degree in culinary science.

While I was in Denver, another student told me about a teacher who had lived on every continent, including Antarctica. I thought that sounded pretty cool, and decided I might like to do the same thing.

It was also around that time that I met somebody who was in a graduate program in public health. Even though I had never considered public health as a career up until that point, what she was doing sounded interesting to me.

By the time I finished my bachelor’s degree — now in Rhode Island — I owed about $35,000 in student loans. My best job prospects at that time would have had me working every Friday and Saturday night, non-stop, for twelve bucks an hour. I knew I needed to do something else, and that is when I thought back to the idea of studying public health and traveling.

He Dove Head First Into His Credit

Zachary realized that in order to meet his goal of earning a graduate degree in public health and travelling the world, he would need to manage his finances very carefully.

I had a goal, and I knew that Credit Sesame could help me reach it.

The first thing I did was take a screenshot of my Credit Sesame homepage so that I could remember where I started. It’s a lot like how a person on a diet might snap a ‘before’ picture in order to measure their progress over time. For me, taking that screenshot was a symbolic beginning.

I really wanted to see the world. I really wanted to go to Antarctica, and my emotional attachment to that goal is what made me work hard. It’s what made me throw as much money on my debt as I possibly could, every single month. If I made $60,000 per year, I would live on $30,000. The rest would go to taxes and paying down my debt.

When I tell people that I paid down $96,000 of debt within four years, they often react as though what I’m telling them is borderline impossible.

For me, it was a simple matter of priorities — and also of being able to monitor my progress towards reaching my financial goals.

Every Dollar You Spend is a Choice 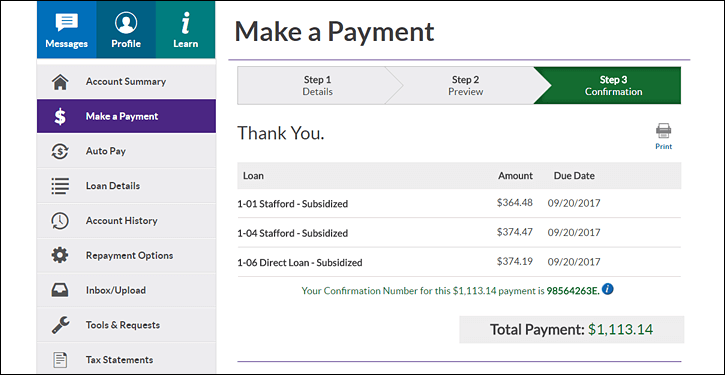 To this day I use an old fashioned flip-phone, not a smartphone. I don’t do it because I can’t afford a smartphone.

I do it in order to remind myself that I would rather live debt-free than have any particular luxury.

I’ve lived like a student for the past four years, but for me it was all worth it.

Using Credit Sesame helped me to see how my decisions and behaviors influenced my financial outlook, including my credit score.

Even though my overall debt was up to $96,000 by the time I finished graduate school — and even though my income was relatively modest compared to my debt — Credit Sesame helped me acquire the self-awareness I needed in order to pay down all of that debt within four years.”

I now have a master’s degree in public health from the University of Texas, and have been working in my field for a few years. I even did a short stint in Ghana!

As of recently, I am also totally debt-free.

Sure, I acquired more debt than I needed to, but that was part of my learning process. I moved around a lot, but I don’t regret it at all. Perhaps that was my way of seeing as much of the world as I could, even though I didn’t have a lot of money.

Whatever missteps I might have made along the way, there is no doubt that paying down my debt as quickly as possible was the smartest thing I could have done, because now I am set to start my new job in Antarctica.

On September 10th, 2017, Zachary sent us two screenshots of his Credit Sesame homepage, one from this year, and one from four years ago. It was plain to see that he had eliminated his $96,000 debt in less than four years, and had dramatically improved his credit score and financial health along the way.

Credit Sesame did not define Zachary’s dreams for him, nor did we tell him how to live his life — but we did help him help himself.

You can trust that we maintain strict editorial integrity in our writing and assessments; however, we receive compensation when you click on links to products from our partners and get approved.
Published January 17, 2018 • Updated: November 5, 2019

Nikolas Jintri is an author, performance artist, and educational consultant who shamelessly "borrows the brains" of history's smartest people in order to improve life and solve problems. He lives in the City of Brotherly Love with a nice lady and an obnoxiously Phillysophical cat.
View Nikolas Jintri's posts and answers >
Related Links
Best Way to Improve Your Credit Score in 2020
How to Protect Your Credit Health After a Data Breach
What is the Minimum Credit Score Needed for an FHA Loan?

Do you know your credit?
(click to expand)
^
Which factor has the largest impact on your credit?
A
Payment History
B
Credit Usage
C
Account Mix
D
Credit Inquiries

Correct!
Payment history has the largest impact, weighing in at 35% of your credit score.
Find out how these factors are affecting your score
Get Started Now

Incorrect
The correct answer is payment history with a 35% impact on your credit score.
Find out how these factors are affecting your score
Get Started Now

Keep up the good work!
Find out your exact credit score for free today & get access to free credit monitoring and real-time alerts.
Get My Free Credit Score

Credit Quiz
Which factor has the largest impact on your credit?
^
A
Payment History
B
Credit Usage
C
Account Mix
D
Credit Inquiries

Correct!
Payment history has the largest impact, weighing in at 35% of your credit score.
Find out how these factors are affecting your score.
Get Started Now

Incorrect!
The correct answer is payment history with a 35% impact on your credit score.
Find out how these factors are affecting your score.
Get Started Now

Keep up the good work!
Find out your exact credit score for free & get access to free credit monitoring and real-time alerts.
Get My Free Credit Score

Learn More
Get My Free Credit Score
Get Your Free Credit Score!
Advertiser Disclosure: The credit card and loan offers that appear on this site are from companies from which this site receives compensation. This compensation may impact how and where products appear on this site (including, for example, the order in which they appear). This site does not show all credit card or loan offers available in the marketplace. Credit Sesame is an independent comparison service provider. Reasonable efforts have been made to maintain accurate information throughout our website, mobile apps, and communication methods; however, all information is presented without warranty or guarantee. All images and trademarks are the property of their respective owners.
Close
Learn More! Close