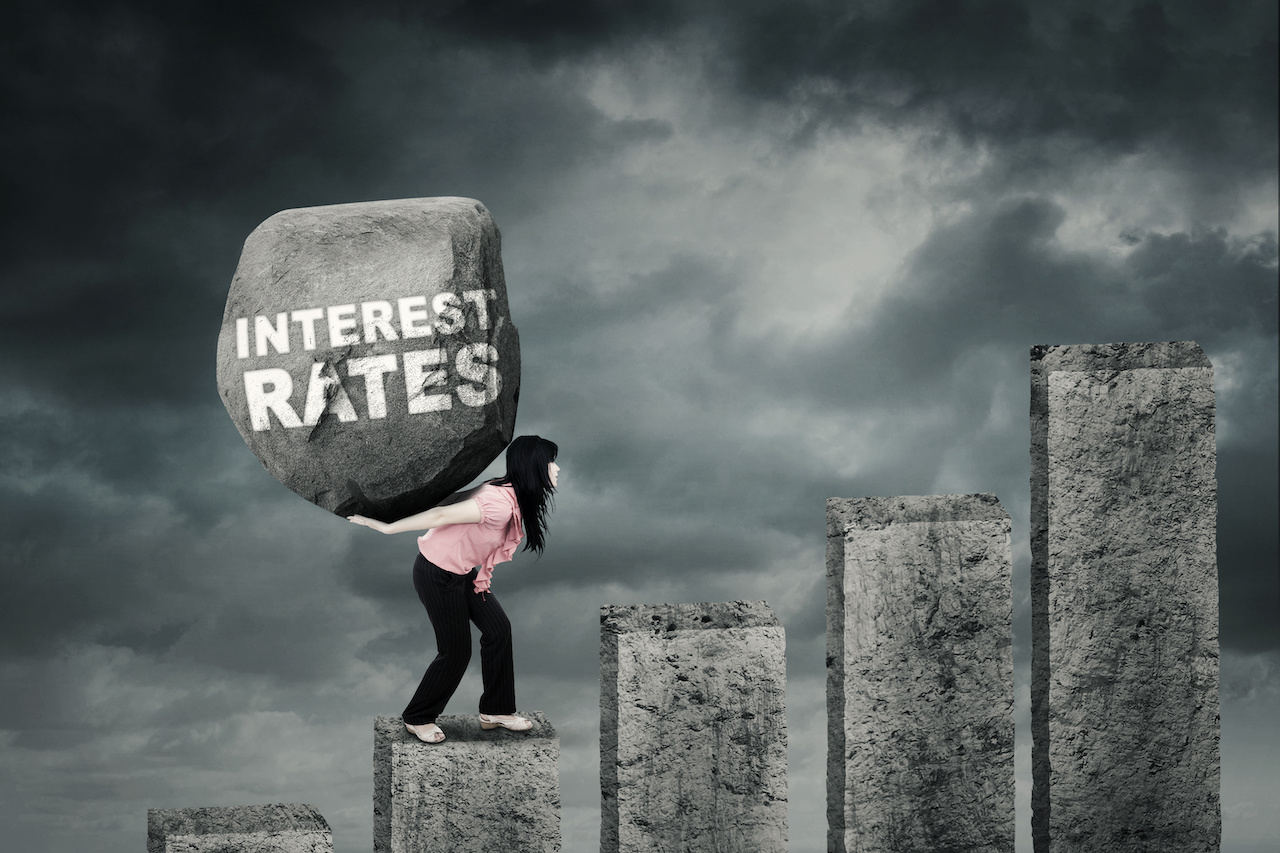 Credit Sesame reported on Saturday that the Federal Reserve announced the largest interest rate rise in over 20 years.

The Federal Reserve made news last week with its largest interest rate rise in over 20 years. Understanding what that means and how it will impact interest rates on loans and credit cards can help consumers make better decisions about their finances.

This was the FOMC’s second rate hike in 2022, and the largest single increase since May of 2000. The Fed made it clear that there are likely to be further rate hikes this year in response to a fast-rising inflation rate.

The steep rate increase has already caused disruption in the financial markets, with decreases in stock and bond prices. Its impact on consumers, especially those with large credit card balances, will be felt in the months ahead.

One of the reasons rising rates are causing such shocks is that they come after a long period of unusually low and very stable interest rates. However, to put this in perspective, the Fed funds rate is still lower than it was just a few years ago, and much lower than its historical norm.

Here’s how the Fed funds rate has looked over the past 25 years: Viewed from the perspective of the past few months, the recent interest rate increase looks pretty steep. However, looking at it in the context of rates over the past 25 years shows that current rates are still extremely low.

What Is the Fed Funds Rate?

The Fed funds rate is the interest rate used by depository institutions such as banks and credit unions for short-term borrowing.

When the Fed changes this rate, it does not directly change the rate consumers are charged on rates and their credit cards. Those decisions are up to lenders.

More broadly, since the Fed funds rate affects the rate at which financial institutions can borrow, it doesn’t take them long to pass any increase in that rate along to their customers.

Other Moves By the Fed to Raise Rates

The Fed funds rate is not the only tool the Fed uses to raise interest rates. While the Fed funds rate impacts short-term borrowing by banks, rates on longer-term loans such as mortgages tend to follow the lead of bond market yields.

In the aftermath of the 2008 financial crisis, the Fed used a technique called quantitative easing to push bond yields lower. They did this by buying huge amounts of government and mortgage-backed bonds.

When demand for bonds is high, yields fall. If that demand weakens, yields rise. By buying bonds, the Fed created an artificial source of demand that caused yields to fall. This contributed heavily to the period of extremely low mortgage rates over the past decade.

The Fed has announced that effective June 1, it will start reducing its bond holdings. Effectively, it will be a net seller of bonds, which will create upward pressure on bond yields.

Why Is the Fed Raising Rates?

So why is the Fed doing all this? Why did it drive rates down so low for most of the past decade, and why does it now want them higher?

The FOMC often describes its mission as one of trying to balance two goals: promoting job growth and controlling inflation.

The Fed lowers interest rates to help boost job growth. Low interest rates make it cheaper for consumers to buy things and for businesses to invest. Both these things help grow the economy.

A growing economy is generally a good thing, but there are times when too much demand can cause inflation. At those times, the Fed may raise interest rates to rein in inflation. Higher borrowing costs prompt consumers to spend less, and businesses to invest less.

The massive job losses resulting from the Great Recession prompted the Fed to push interest rates down to extremely low levels. Even after the job market had recovered, the Fed was slow to raise rates towards more normal levels.

Now though, inflation has forced the Fed’s hand. The Consumer Price Index rose by 8.5% for the year ending March 31, 2022. That’s the fastest rate of price increases since 1981.

It’s this surge of inflation that is prompting the Fed to raise rates. The job market has remained strong, which gives the Fed more confidence that it can raise rates without hurting employment.

That’s why the Fed has raised short-term rates twice so far this year, including last week’s 0.50% hike. The combination of high inflation and a strong job market is also why the Fed plans to cut bond holdings to push long-term interest rates higher.

The Fed has indicated that these moves are likely to continue until inflation is closer to its long-term target of 2%. Until that happens, and unless the job market suffers a severe setback, expect more rate increases.

How Will These Moves Affect the Interest Consumers Pay?

However, the Fed funds rate isn’t the only thing that influences the cost of borrowing. Lenders are watching the same things the Fed is watching – and in particular inflation. They want to reduce the risk of inflation rising by more than the interest they charge over the term of their loans.

That’s why mortgage rates had already moved faster and farther than the Fed funds rate well before the latest FOMC announcement. You may also see financial institutions give themselves more of an inflation cushion in the rates they charge for credit cards, car loans and personal loans.

So, the Fed rate increase is important, but the real driving force behind higher rates is inflation. That’s what has sent the Fed and lenders scrambling to raise rates, including the largest interest rate rise in over 20 years in an attempt to catch up with inflation.

That inflation means it will cost more to borrow money for the foreseeable future.

You can trust that we maintain strict editorial integrity in our writing and assessments; however, we receive compensation when you click on links to products from our partners and get approved.
Published May 10, 2022