What Do Rising Interest Rates Have to Do with Inflation? 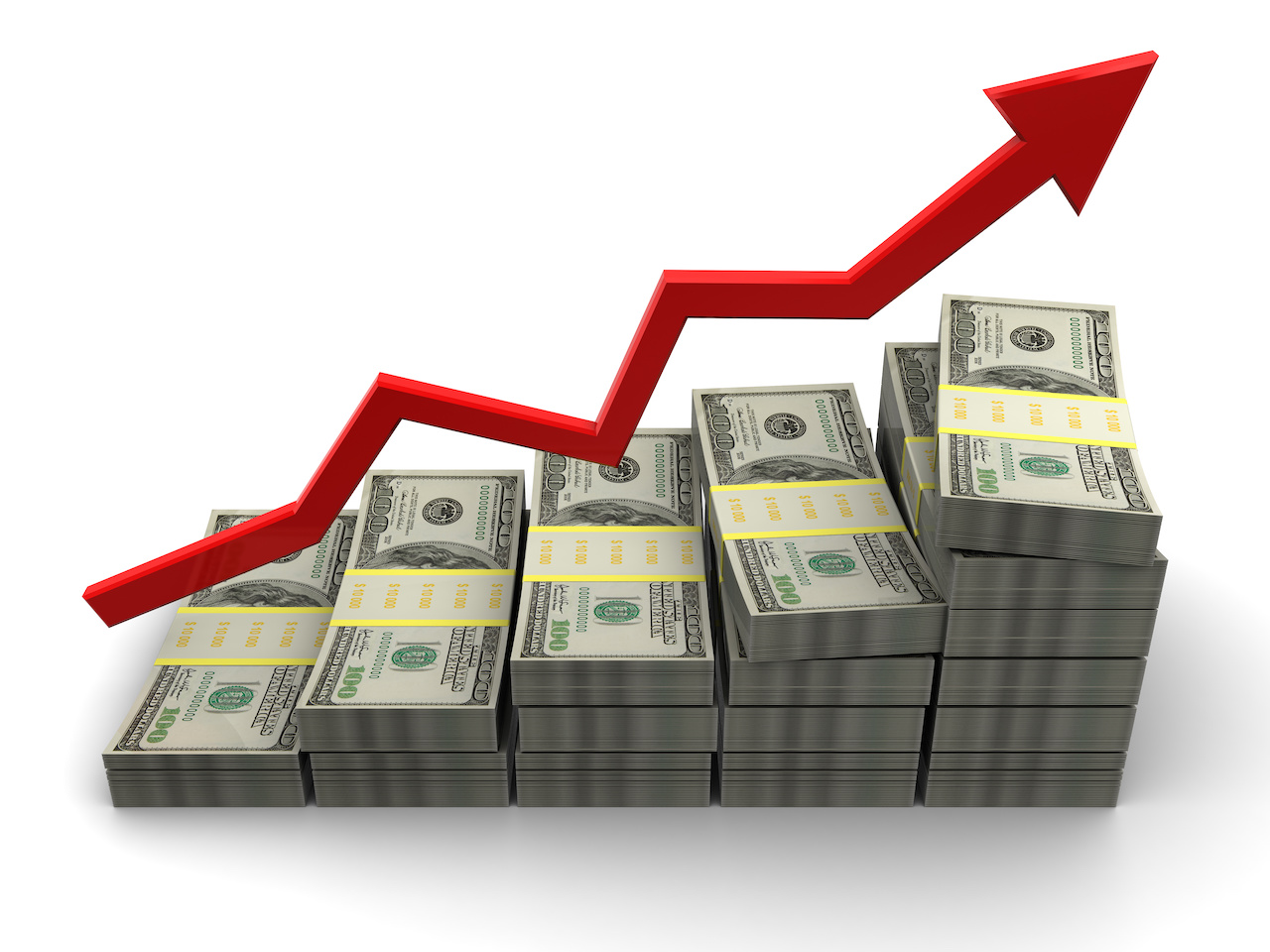 How High Could Interest Rates Rise?

If you’ve shopped at the grocery store or filled up your gas tank recently, you may have noticed that prices are rising quickly. If you’ve made a major purchase like a car, the sticker shock may have been even greater.

Unfortunately, there may be an even more unpleasant surprise in store for consumers, rising interest rates. Interest rates — used to calculate the amount you pay for borrowing money — have not yet fully adjusted to the current sharply-higher rate of inflation.

If interest rates adjust to inflation, the cost of borrowing for everything from credit card balances to mortgages could be several percentage points higher than today’s levels.

To understand just how high interest rates could go in this inflationary environment, Credit Sesame studied the relationship between interest and inflation rates over the past 25 years. If interest rates adjust to a normal cushion over inflation, America may be in for double-digit car loan and mortgage rates, and average credit card rates above 20%.

The Relationship Between Inflation and Rising Interest Rates

Inflation cuts into the future value of money. For example, if prices double over the next ten years because of inflation, a dollar today is worth the equivalent of 50 cents in ten years.

Lenders want the purchasing power of the money they lend to be the same or even greater by the time they get it back. So, they charge interest rates that are at least as high as they expect inflation to be, plus a little extra to cover their risk and provide a profit margin.

Think of the amount lenders charge above the rate of inflation as a cushion that ensures lenders make a profit and are protected against risk.

Lenders adjust their interest rates to changing inflation, but adjustments can lag behind inflation. As a result, interest rates can be a little out of whack with inflation until lenders readjust.

You can get a sense of whether rising interest rates are out of whack by looking at the inflation cushion, and comparing today’s cushion with what it’s been historically.

Remember, if a lender’s interest rates don’t exceed inflation, that lender will lose purchasing power by the time they get repaid by the borrower. So, as you would expect, historically car loan rates, personal loan rates, credit card rates and mortgage rates have all been above the average inflation rate (red), as you can see from the chart: 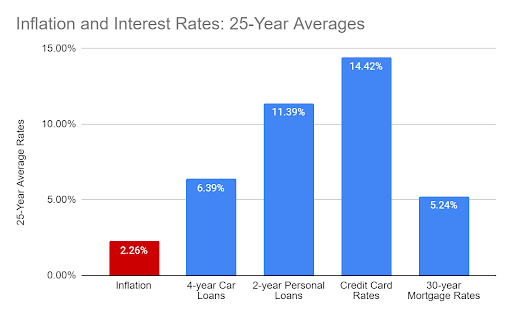 However, recently inflation has jumped much higher than the 2.26% average of the past 25 years, and lenders haven’t yet caught up. Inflation for the year ending March 31, 2022 was 8.5%.

In the chart below, the green bars show average inflation cushions over the past 25 years. The yellow bars show where they are now. Across the board, the inflation cushion built into interest rates is much lower than normal. In some cases it’s actually negative. If these rates continue, lenders will lose future purchasing power.

Lenders aren’t going to accept a below-average inflation cushion for long. They will be anxious to get those cushions back into positive territory. They will want to raise interest rates to ensure that firstly, they don’t lose money and second, they make a profit.

What would it look like if interest rates rise to reflect a typical relationship with inflation? In other words, how high would interest rates have to go to provide a normal cushion over today’s 8.5% inflation rate? The answer is quite shocking. With inflation at 8.5%, loan and credit card rates would all have to move much higher than they are today to provide a normal cushion over inflation. 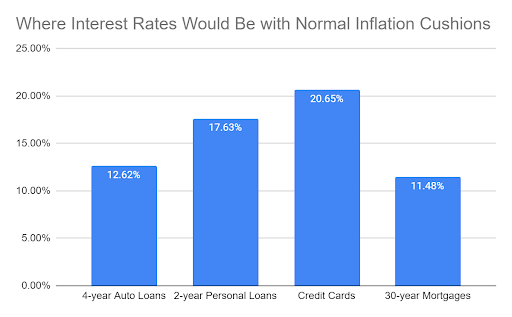 One reason interest rates haven’t yet moved to these levels is a general assumption that the recent spike in inflation is temporary. However, inflation is proving to be quite stubborn. The longer it persists, the more lenders will keep edging rates up towards the levels shown in the chart above.

No-one has a crystal ball so it is not possible to predict with certainly that inflation will continue to stay high or rise. But given the possibility of rates moving sharply higher than they are already, here are some dos and don’ts for consumers:

Historical norms suggest that lenders have not yet caught up to today’s inflation environment. But they will before long. It is consumers who run the biggest risk of getting caught out by sharply rising interest rates, unless they adjust the way they use debt.

You can trust that we maintain strict editorial integrity in our writing and assessments; however, we receive compensation when you click on links to products from our partners and get approved.
Published April 25, 2022 • Updated: May 10, 2022

Richard Barrington earned his Chartered Financial Analyst designation and worked for over thirty years in the financial industry. He graduated from John Fisher College and joined Manning & Napier Advisors. He worked his way up to become head of marketing and client service, an owner of the firm and a member of its governing executive committee. In 2006, he retired from the investment business to pursue a writing career.
View Richard Barrington's posts and answers>
Related Links
Personal Finance Weekly News Roundup May 21, 2022
Ordinary Americans Feeling the Impact of Stock Market Losses
Record Credit Card Use in March 2022 Comes at the Wrong Time