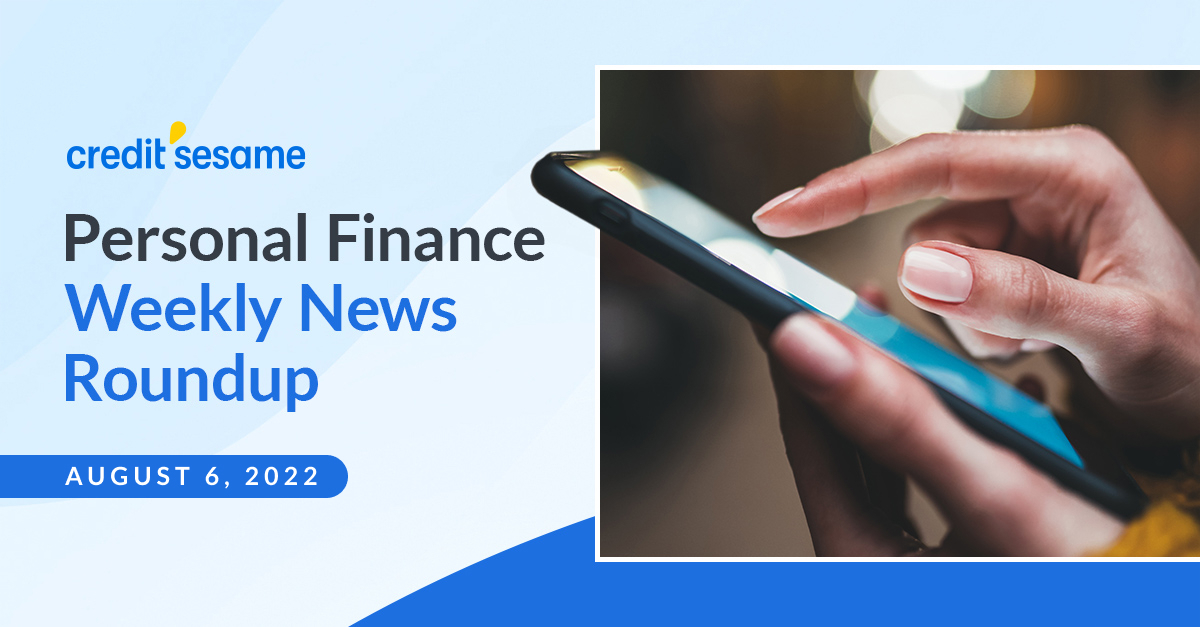 1. U.S. Economy adds half a million jobs in July

Despite a slowing economy, the U.S. job market remains robust. The monthly Bureau of Labor Statistics employment report showed an increase of 528,000 jobs in July. The unemployment rate fell by 0.1% to 3.5%. With these improvements, both total employment and the unemployment rate have returned to pre-pandemic levels. Upward revisions of the prior two months’ employment gains added to the good news about the job market. See full report at BLS.gov.

2. Treasury Secretary says the U.S. is not in a recession

Some commentators are saying the U.S. is already in a recession. They point to the fact that GDP shrank during the first to quarters of 2022. However, the benchmark of two consecutive quarters of economic contraction is just a popular rule of thumb. It’s not the official definition of a recession. You can count Treasury Secretary Janet Yellen, who also once chaired the Federal Reserve, among those saying it’s too early to call this a recession. Yellen characterized the recent economic sluggishness as a return to a more sustainable pace following the post-pandemic growth spurt. She also cited the fact that the job market remains strong as evidence that this is not a recession. See full article at Yahoo.com.

The Department of Justice and the Consumer Finance Protection Bureau jointly issued a letter reminding auto finance companies of special rights people in the U.S. military have. Three rights in particular were cited. First, lenders have to get a court order to repossess a vehicle during a person’s military service. Second, servicemembers can terminate an auto lease without penalty upon entering military service or receiving orders of transfer to another location. Third, interest on auto loans to service members cannot exceed an annual rate of 6%, even if the loan was taken out before the borrower commenced military service. See full release at ConsumerFinance.gov.

Consumer spending on credit cards continues to show the economy’s resilience. Both Bank of America and Visa reported 16% year-over-year spending increases. That’s a higher rate of increase than the rate of inflation. There is one note of concern, however. Cards specializing in lower credit score customers are showing rising delinquency rates. This calls into question whether spending growth is sustainable. See article at SeekingAlpha.com.

Rising prices are causing consumers to carry larger credit card balances these days. The trend is particularly acute among younger people and those with lower credit scores. A sampling of credit files found that balances overall were up by 11% year-over-year. Among people 25 or younger the increase was 30%. Balances were up by 25% for non-prime borrowers. Non-prime borrowers are defined as those with credit scores below 660. See full article at Reuters.com.

A judge in Washington overturned a ruling by the state’s insurance commissioner banning the use of credit scores as a factor in setting insurance rates. This is the latest development in a long-running legal battle over the controversial practice. Consumer advocates argue that the practice discriminates against poorer people because they typically have lower credit scores. The insurance industry counters that the practice is legitimate because there is a correlation between low credit scores and higher insurance claim activity. See article at Yahoo.com.

In a sign of confidence in consumers, credit card companies have increased their marketing efforts to attract new customers. The volume of paper and digital customer solicitations increased in each of the first two quarters of 2022, following a bounce-back increase of 85% last year. Solicitation activity is on pace to reach a record high this year. Investment in attracting new customers is a sign that credit card companies think consumer spending is sustainable. One reason for this is that credit card balances have yet to regain their pre-pandemic levels. See article at FT.com.

8. FDIC reminds consumers that crypto investments are not insured

The Federal Deposit Insurance Corporation (FDIC) issued a statement reminding consumers that investments in cryptocurrencies are not included in its insurance coverage. The FDIC provides insurance for U.S. bank deposits. What prompted the FDIC’s reminder were marketing statements from crypto sellers that imply their investments are protected by FDIC insurance. See article at Yahoo.com.

The New York Federal Reserve Bank’s Quarterly Report on Household Debt and Credit showed that consumer debt continued to rise in the second quarter of 2022. Mortgage, credit card and auto loan balances all increased during the period. The 13% year-0ver-year increase in credit card balances was the largest 12-month increase in more than 20 years. Delinquency levels remain moderate, but are rising in particular among subprime and low-income borrowers. See full release at NewYorkFed.org.

You can trust that we maintain strict editorial integrity in our writing and assessments; however, we receive compensation when you click on links to products from our partners and get approved.
Published August 6, 2022 • Updated: August 13, 2022