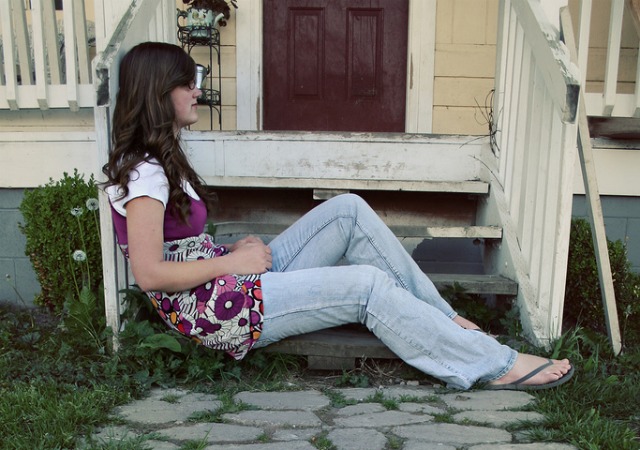 Cultural observers call them the “Boomerang” generation — the legions of college graduates who, sheepskin in hand, won’t be moving into their own pads after graduation.

Instead, they’ll be moving back home with Mom and Dad to save money. Actually, ‘saving money” isn’t an accurate term – it makes it sound like Boomerang kids have a say in the matter; like moving back home to save cash is a luxury and not a necessity.

Nope – it’s a necessity, all right – especially as the job market for college graduates dries up like a rain puddle on a hot driveway.

“It’s a staggering number,” says David Morrison, president of TwentySomething Inc., a Philadelphia-based young adult marketing consultancy. He tells CBS News as many as 65% of college graduates are showing up on their parents’ doorsteps looking for room and board.

Morrison told the news network that it wasn’t so long ago that any college grad caught living in Mom’s basement was given the “loser” label. Heavy-handed, true, but that was the culture even as short as 10 years ago.

But that stigma is long gone, he adds.  “As alien as it may appear, (moving back home) is a very rational response to the economic and social climate that we’re living in,” says Morrison.

In fact, according to a study from the Pew Foundation, in 2008 an estimated 49 million Americans, or 16% of the total U.S. population, lived in a family household that contained at least two adult generations. That figure is up about 33% since 1980.

So, if you do find yourself packing your suitcase and heading for your childhood address, what’s your best move? And if you’re a parent ‘welcoming’ junior home after four years of household bliss, what steps can you take to make the new arrangement work?

Credit Sesame is on the job  – with these five tips to make a Boomerang arrangement work  – or at least work enough so you’re not at each other’s throats:

Boomerang living arrangements needn’t be anxiety-inducing experiences. A little proper planning, a good contract, and tons of respect between all parties involved can go a long way in making that “failure to launch” situation work better than both parties may think.

You can trust that we maintain strict editorial integrity in our writing and assessments; however, we receive compensation when you click on links to products from our partners and get approved.
Published May 20, 2011 • Updated: April 3, 2020

View Brian O'Connell's posts and answers>
Related Links
Time to Change Home Buying Tactics
Does the Largest Fed Rate Hike Since 1994 Spell Trouble?
Timing is Everything: When is the Right Time to Apply for a Mortgage?