7 Steps to Prepping Your Credit for Buying a Home 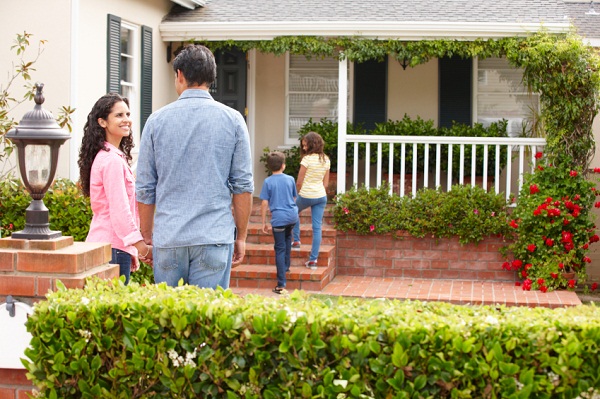 As the housing market heats up and more consumers consider buying a home, it’s important to consider the role that your credit score plays in your ability to secure a mortgage. Conventional mortgage lenders will typically want a FICO score of at least 720, or in some cases 740, but those with a score above 580 may still qualify for an FHA loan.

With that in mind, here’s a look at the steps you should take to prepare your credit before applying for a mortgage.

Several months before you plan to get a mortgage, check your credit report for any issues. If you generally pay your bills on time, then check your credit two to three months in advance just in case you need to correct any mistakes, says Carolyn Warren, author of Mortgage Rip-Offs and Money Savers and Homebuyers Beware. For those who know they have late payments or other derogatory items on their account, Warren suggests starting six to nine months in advance to clear up those issues.

If your credit report contains errors—for instance, there’s an unpaid item that you’ve actually paid or an account showing up that isn’t yours—you’ll want to file a dispute with the credit reporting agency. A report from the FTC earlier this year shows that roughly a quarter of the reports examined by the commission contained at least one “potentially material” error.

3. Make sure you have several tradelines

Conventional loans require at least three tradelines (any combination of credit cards, student loans, car loans, and so on) that have been active within the past 12-24 months. FHA loans require two tradelines. It’s fine to have more, but if you have fewer, you won’t qualify for a mortgage. If you need to open additional tradelines, Warren suggests getting a major credit card like a Visa or a Mastercard (not a store credit card) at least six months before you apply for a mortgage and using it for items you would buy anyway. “Never charge more than 30 percent of your allowed limit, and pay it off in full every time you get your bill,” she adds.

Older, more “seasoned” tradelines help boost your credit score, so leave those credit cards open even if you don’t use them all the time. “A lot of people think, ‘I’ve got six credit cards, I’m going to close the four that I don’t use,’” says Warren. “But that’s a big mistake because your good accounts are adding positive points to your score.” Try to use those credit cards every few months and pay the balance in full so those tradelines remain active.

Once you’re six months away from applying for a mortgage, stop opening new credit lines, as this can temporarily lower your score. “The credit bureau doesn’t know how you’re going to handle that new credit, so because there’s that uncertainty, it’s a risk factor,” says Warren. “Lowering your credit score is not worth that 10 percent discount you’d get from a department store for opening a new credit card.”

In the excitement of buying a house, some people rush out to charge new appliances or furniture before closing. But even if you’re in escrow, having a debt utilization ratio above 30 percent right before closing could disqualify your loan. “Unless you’re gonna pay cash, have patience for your new furniture until after your loan is closed,” says Warren. Also hold off on getting a car loan, as car financing tends to be more lenient than mortgage criteria.

When you apply for a mortgage, you’ll need to provide several months of bank statements for your checking and savings accounts. “If you suddenly shut an account or have a large transfer from one account to another, then you’re going to have to paper-trail that whole account too,” says Warren. “Leave your money and your accounts the same for at least three months. It won’t disqualify you but will make a paperwork hassle.”

You can trust that we maintain strict editorial integrity in our writing and assessments; however, we receive compensation when you click on links to products from our partners and get approved.
Published April 17, 2015 • Updated: October 18, 2022

Susan Johnston is a Boston-based freelance writer whose work has appeared in Bankrate.com, The Boston Globe, The Christian Science Monitor, MediaBistro.com, Parade Magazine, and SELF, among other places.
View Susan Johnston's posts and answers>
Related Links
Personal Finance Weekly News Roundup December 3, 2022
Is it Crazy to Apply for New Credit Now?
11 Money Questions | The Money Plug