Are You Missing Out on the Wealth-Building Powers of a Mortgage? 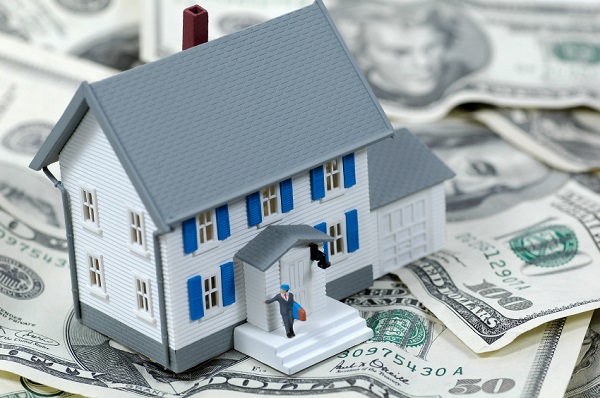 All the news stories are pointing to a continued decline in homeownership, even last year during the supposed “recovery” from the recent Great Recession, when interest rates averaged 3.52 percent last May.  In addition, homeownership levels have fallen to 64.8 percent in the first quarter of this year, its lowest level in 19 years, according to U.S. Census data.

A new survey conducted on behalf of the National Endowment for Financial Education by Harris Poll also found Americans think homeownership is less important. In 2011, 17 percent said homeownership was their most-important financial goal, compared to just 13 percent in the latest findings. According to the poll, the most important goal now is having enough money for retirement.

But I think homeownership and paying off a mortgage is a missing link to achieving that retirement goal.  At least, that’s the way I’ve used it. I can think of no other way of building wealth so easily, if you do it the right way.

Back when I was a young adult, the dream of owning a home and qualifying for a mortgage was like the gateway to adulthood. After having my first child, buying a home was the obvious next step. Here’s the timeline of how we built wealth and good credit through homeownership and having a mortgage:

2000: We sold when that rose in value to $185,000, resulting in enough cash to put 20 percent down on another house, which allowed us to forgo private mortgage insurance (a waste of money, in my opinion). Instead of buying up in price and house, we bought a total fixer-upper for $140,000 and spent five years renovating it, doing most of the work ourselves, buying materials with our income.

2006: At the height of the housing bubble, we sold again for $325,000 and used the cash for a 50 percent down payment on our current home bought for $200,000. The rest of the cash from that sale went into emergency savings and retirement savings. Every year, we use the mortgage interest to reduce our taxes and the good payment history to boost our credit score.

2013:  Our current house has dropped in value, like everyone else’s, but we can afford the mortgage payment on one income and we plan to live there until it appreciates –or forever if not, while paying down the mortgage and building more equity over the long term.

Since homeownership worked for me, I called up Certified Financial Planner, Michael Garry, author of Independent Financial Planning: Your Guide to Finding and Choosing the Right Financial Planner to find out why more people don’t see owning a home as a wealth and credit-building tool. He explained that younger generations shying away from mortgages may be struggling with employment, loaded with student loan debt or poor credit. Older generations may have been financially affected by the recent Great Recession and made many mortgage and homeownership mistakes that have wrecked their finances and credit score.  “When homeownership is approached correctly, it is definitely a wealth-building tool,” says Garry. “Once the mortgage is paid off, you can live in the home rent-free if you don’t sell it. Or you can sell for enough money to downsize to a smaller home for cash with leftover to invest in retirement or use for income or for long-term or assisted living care.”

Want to invest in homeownership the right way?

Don’t buy too much house:  Stick to the advised 28 percent of your gross monthly income (or much less) for housing expenses including the mortgage payment, real estate taxes and homeowners insurance. Don’t just go up to the limit or above that limit while forgoing your monthly budget and what you can safely afford.

Don’t ignore reality: Realtors and mortgage brokers all make more money by selling you a larger home with a larger mortgage. And that’s how unwary homeowners got in trouble during the housing bubble. If it sounds too good to be true, it is.

Don’t forgo the emergency fund for the down payment:  Make sure you have some emergency fund cash left over so your mortgage and your credit score is not in jeopardy by unexpected expenses or unemployment.

Don’t gamble on future rates:  Stick to a fixed rate for your mortgage and only refinance to lock in to a new lower fixed rate and possibly a shorter loan term to save even more on interest.

Don’t use the equity in your home: It’s not meant to be a loan. Equity is the wealth-building part of the mortgage equation and it gets spent a lot faster on a gourmet kitchen, or worse, a fancier car, than it takes to build back up over many years.

Don’t be short-sighted:  Treat your mortgage like a long-term investment and stay in the home at least five years (or as long as possible) before selling to let your equity build and cyclical market forces turn around to your favor.

More on Buying a Home:

You can trust that we maintain strict editorial integrity in our writing and assessments; however, we receive compensation when you click on links to products from our partners and get approved.
Published May 23, 2014 • Updated: November 3, 2016

Naomi is a freelance journalist who reports on personal finance and health news and how it will affect your life today. Her work has appeared on bankrate.com, getrichslowly.org, moneyrates.com, mainstreet.com, manilla.com, dealnews.com and bottomlinepublications.com among many other websites. She never writes about it if she hasn't seen it or tried it first-hand!
View Naomi Mannino's posts and answers >
Related Links
Teaching your kids about finances
Prevent the “Holiday Hangover” with these 5 tips
Trick or Treat! Find out which credit offers are tricks, and which ones are treats