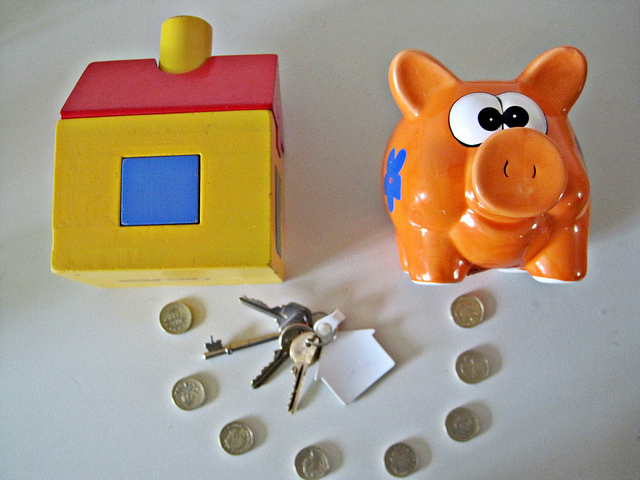 If you’re thinking of buying a home, you probably feel lucky to be shopping in the best buyers’ market we’ve had in years, if not decades. Interest rates are still near historic lows, home prices are back to 2002 levels, which means for many homes are more affordable than they’d been in nearly a decade.

One thing most buyers tend to overlook, however, is what comes at the very end of the buying process: closing costs. And according to Bankrate.com’s just-released annual closing cost survey, closing costs are on the rise, up an average 8.8% compared with 2010. Nothing to sneeze at? Think again: that’s on top of the massive 36.6% increase reported in 2010. Since 2009, origination and third-party fees on a $200,000 home purchase have gone up nearly 50%, from an average $2,739 to $4,070.

Granted, those numbers aren’t perfect, since the survey is based on good faith estimates (GFEs) rather than fees from actual closed loans. But they do suggest that the cost of recent financial regulation in the mortgage industry is borne primarily by consumers.  The truly frightening part: some of the most significant regulatory reform provisions are yet to come.

Is the cure worse than the disease?

It takes a lot of manpower to assure financial regulators that consumers are getting a “fair” deal and that lending institutions are not driving themselves off a cliff.  Since 2008, a steady flow of regulation has affected almost every aspect of the mortgage process, from initial disclosures to appraisals.  With each new requirement, lenders have had to staff up in order to ensure compliance. As you might expect, these added costs are ultimately passed on to consumers.

But, you’d argue, don’t consumers benefit from financial reform? It’s true that some new requirements, such as the new GFE and loan officer compensation rules, do make mortgage fees more accurate and transparent for consumers. But, as the closing cost survey suggests, that added accuracy and transparency has not led to lower costs on average. It’s easier to make the case that the new regulations have hurt the average consumer. As anyone who has applied for a mortgage recently can tell you, getting approved for a mortgage is now more difficult — and when you do, the process takes longer and costs more.

And it isn’t over yet: the controversial QRM rule

One of the most wide-ranging reforms, that of the securitization of mortgages, is still yet to be implemented. Regulators are tackling this one with the controversial QRM (Qualified Residential Mortgage) rule.  This rule aims to redefine a good QRM loan versus a risky non-QRM loan for purposes of securitization in the secondary market.  The definition of QRM versus non-QRM will be based on typical underwriting criteria such as: the amount of equity in the property, debt to income ratios, credit scores and rate adjustment features of the loan itself.

The proposed rule requires lenders to maintain a 5% stake in any non-QRM loan that they originate and sell into the secondary market.  The intention of this rule, for lenders to have some “skin in the game,” is a good one, but the reality is that only the largest financial institutions would have the capital necessary to originate non-QRM loans. In all likelihood, those with less than perfect mortgage profiles will pay more — potentially a lot more — after this rule is put in place. The provisions of this reform are currently undergoing a period of public comment and are slated to become effective sometime mid-2012.

So what’s a consumer to do?

If you’re looking to buy or considering a refinance, now just might be the right time to jump off the fence.  It certainly doesn’t look like it is going to get any cheaper to get a mortgage down the road.

If you do decide to act, here are a few tips to help you protect yourself from the rising cost of financial reform:

1. Know where you stand

Mortgage rates are tied to your credit score.  Inaccuracies on your credit history can cost you dearly. Find out your score and make sure your history is accurate.

The impact of QRM rules could make it more expensive and difficult to refinance down the road. Seriously consider a loan that is fixed for its duration.

3. Shop around for the best deal

It has always made sense to shop around for a mortgage and financial reform has done nothing to reduce the pricing disparity found between lenders.

As a result of the shake-out in the mortgage industry, the big banks have grown market share through consolidation.  The more aggressive mortgage bankers, however, often offer the best deals as they try to steal deals away from the big banks.

You can trust that we maintain strict editorial integrity in our writing and assessments; however, we receive compensation when you click on links to products from our partners and get approved.
Published July 27, 2011 • Updated: December 28, 2012

A self-professed mortgage geek, Tony Wahl has more than 20 years of experience in the banking, personal finance and mortgage industries. Prior to joining Credit Sesame, Tony worked at JP Mortgage Chase, Mortgage Guaranty Insurance Corporation (MGIC), and Washington Mutual (now Chase), where he was responsible for developing, managing and optimizing large mortgage operations and underwriting team
View Tony Wahl's posts and answers >
Related Links
Creepy Credit Tales and Avoiding the Credit Score Scaries
Is now a good time to buy a home or car?
The ‘golden rule’ can pay off—literally—when you’re a homeowner