Retirement at 30: The Opportunities He Recognized to Make His Dream a Reality 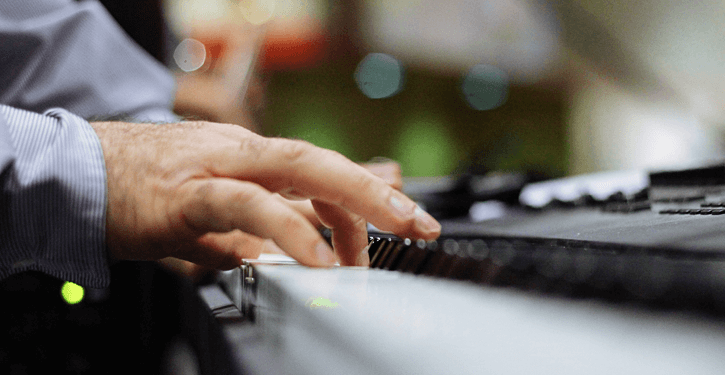 Many of us have read about modern day financial trailblazers who reached early retirement in their 30s. Each of these money mavericks carefully mapped a course and diligently worked toward financial independence.

What if you decided to set your sights on early retirement? Would you recognize opportunities to make your dream a reality? That’s what one musician with humble beginnings managed to pull off in the 1990s. Before early financial independence was a popular fad, he acquired enough wealth by age 30 to support himself for the rest of this life. Here’s how he did it. 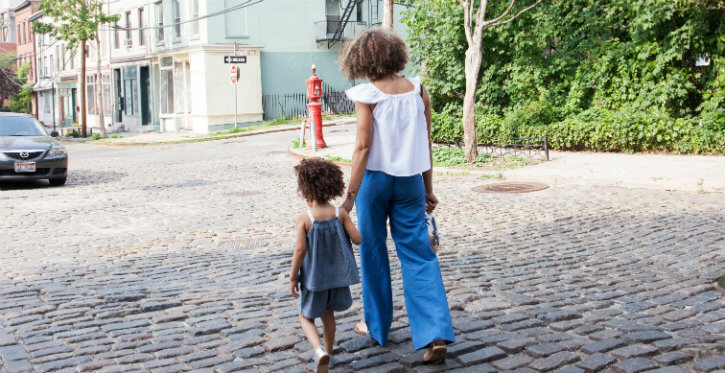 When Archie LaRue (not his real name) was a young boy, he was fascinated with money. He checked out books from the library and read everything he could about the ins and outs of the stock market, how investing worked, and even how money was printed.

“I knew rich people existed,” says LaRue, now 55, from his home in Burbank, California. “I wanted to be one of those people, but I had no clue how to go about it.” When he and his high school sweetheart married at the age of 19, they were barely scraping by. LaRue worked as a professional pianist, playing gigs in clubs around town. Barely scraping by wasn’t what LaRue was looking for. He wanted financial independence.

To reach financial goals together, your partner must be on the same page

LaRue wanted to lower their cost of living, but unfortunately he and his wife weren’t on the same page. After several years, LaRue ultimately acknowledged that he and his wife could not reconcile philosophical differences when it came to finances. They amicably parted ways. 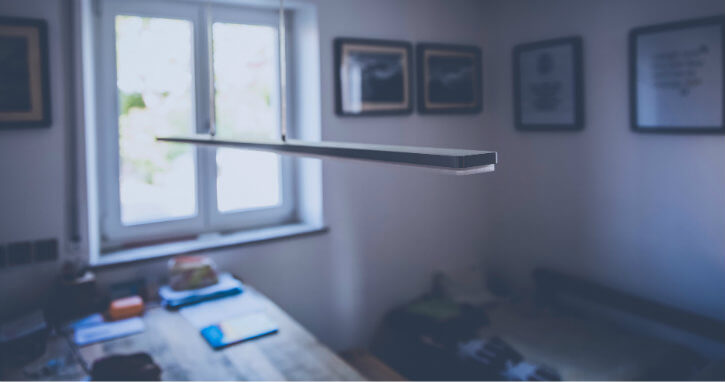 The year was 1986 and LaRue was 25 years old. He decided to experiment with an extremely frugal existence. He downsized his lifestyle as much as possible. He rented a bachelor apartment for $250 per month. He took cost-cutting to the extreme and even tried to eliminate food, often eating nothing all day but a head of iceberg lettuce with a dribble of salad dressing, with a side order of various nutritional supplements.

LaRue was able to save a significant amount of money despite earning meager wages as a musician. He invested his savings in mutual funds, and reinvested dividends.

Interest rates were crazily high during the 1980s, and by the age of 28, LaRue had accumulated a sizable nest egg.

At this point, LaRue was ready for bigger investment opportunities that would bring greater returns. He focused on real estate. He researched buying homes in probate, and looked at bank foreclosures and closing sales. He attended a few housing auctions and was severely disappointed. “A ton of people would show up, get into a bidding frenzy, and push the price up to the fair market value. That’s no deal,” laughs LaRue.

During his research LaRue stumbled upon something intriguing – a small classified ad for an auction for IRS foreclosed homes. This event was solely for homes previously owned by people who weren’t able to pay their federal taxes. (Today, IRS foreclosures are somewhat uncommon.)

When he showed up at the auction, he was the only one there. “I got lucky, because these auctions were not well advertised,” says LaRue.

To this day, LaRue remembers the exact amount of his first investment property: $16,742. He expected to pay much more for the home, but because he was the only bidder, he won the auction at the starting bid. He sat in his car, and tears welled up in his eyes. “I couldn’t believe it. I felt as if I had hit the jackpot.”

A few months later, LaRue sold the house for $195,000. He knew that his dream of financial independence was a real possibility.

If something works, stick with it

Few people arrive as the first person in line for a great investment opportunity, and not every win can be duplicated. Investments always carry risk. That said, if something works, and you understand how to do it, ride the wave.

Because the auctions for IRS-seized homes weren’t well publicized, the group of bidders remained small and the costs for the homes relatively low. Within three years LaRue bought and sold about 20 homes. Most were in move-in condition and required little or no renovation. His bank account balance kept rising.

Know when to move on

In the early 1990s new laws affected the ease of buying IRS-seized homes, and their cost. The first was that the buyer had to take over the existing mortgage. This obviously cut into the profit margin. The second was that after six months, if the previous owner could pay their debt to the IRS, he or she could get the house back. The buyer would not recover any money shelled out during those six months.

The new laws pushed LaRue out of this market, but in the meantime he had amassed liquid investments well into seven figures and he was already contemplating retirement. “Things were happening so fast at the time, and the only goal I ever had was financial freedom, so I figured, ‘why not?’ ” says LaRue.

LaRue sat down and did the math to figure out roughly how much money he would need to live on until age 100. His only expenses at the time were rent, food, his car, and child support. Because he lived so simply, he discovered that he already had more than the amount he needed to retire.

Don’t get caught up by money 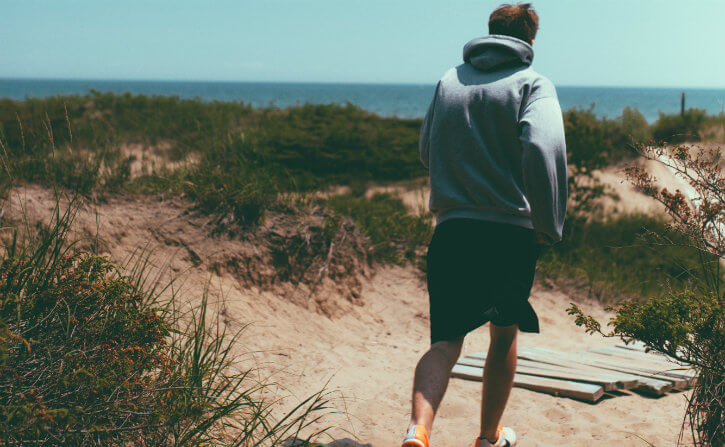 When LaRue decided to retire in his early 30s, he didn’t feel the need to make a formal announcement. A generally private person, he didn’t tell any of his friends or family about the plan. “Nobody was really involved with my daily affairs,” LaRue says.

For the next 10 years, he spent his days riding his bike, exercising, and playing the piano for fun. He maintained his extremely frugal lifestyle. The only major purchase he made during that time was a small house in Burbank, which he paid for in cash. He saved money whenever he could. He used coupons for everything, and never ate out. He bought a brand-new, no-frills Kia for only $5,000. He treated saving money like a game. “I love the cheap lifestyle,” says LaRue. “It makes me feel like I’m beating the system.”

LaRue eventually started working again as a session musician for film and television. Because he has a natural ability to sight read music, the work was surprisingly lucrative and rewarding. “After reaching financial independence, becoming a well-paid professional musician wasn’t something I strived for,” LaRue explains. “It just sort of happened. And in many ways, it was exactly what I had always wanted to do. So now I get paid to do what I love, and it’s great.”

LaRue divides his income equally into three accounts: his money market fund, his mutual funds and his savings account. His biggest splurge was a $16,500 bicycle, which he uses on a daily basis and to take day trips with his partner.

To date, he doesn’t keep a budget. He pays everything with a credit card he signed up for 30 years ago, and pays it off in full each month. “I live by that credit card,” he says. “I can’t even remember the last time I paid for something with cash.” He pays just before the payment due date, to keep his money in savings for as long as possible. Any reward points he earns he redeems in the form of cash back, which he applies directly to his credit card balance.

LaRue no longer restricts himself to the head-of-lettuce-a-day diet. Also, he hasn’t been to the doctor since he was a small child, nor has he had a single cavity. However, if medical expenses were to arise, he would pay them out of pocket. When the Affordable Care Act went into effect, he opted for catastrophic coverage.

Financial advice for the dreamers 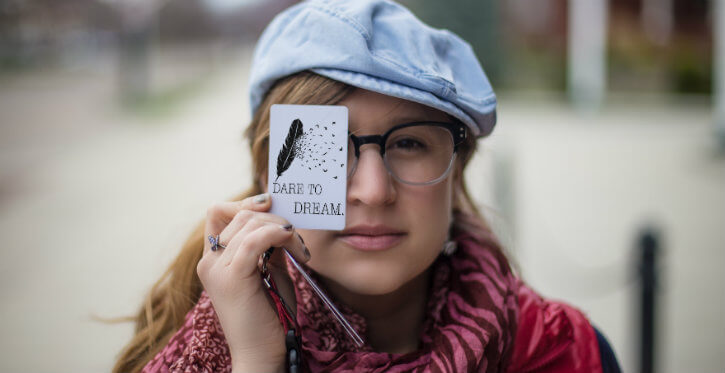 To those who dream about reaching financial independence, LaRue recommends saving as much as possible toward a specific final goal, even with the knowledge that the goal can change over time. “Figuring out that amount can be tough,” LaRue explains. “Do you want to travel the world several times over? Have kids?”

LaRue also stresses keeping your eyes on the prize: “One thing you can’t do at the end of the month is look at your net worth and say, ‘Wow! I’m going to buy a really expensive pair of shoes.’ Because all the discipline you put in by saving, you just killed by getting those shoes. And you’re that much farther away from financial freedom.”

Twenty-five years into retirement, LaRue can’t imagine living a more fulfilling life. “Every day before I go to bed, there’s no alarm to set. You wake up and either you have your day mapped out before or you don’t. The 24 hours in a day are all yours. There’s nothing getting in my way, there’s just pure freedom. And it’s fantastic.”

You can trust that we maintain strict editorial integrity in our writing and assessments; however, we receive compensation when you click on links to products from our partners and get approved.
Published November 22, 2016 • Updated: November 23, 2016

Do you know your credit?
(click to expand)
^
Which factor has the largest impact on your credit?
A
Payment History
B
Credit Usage
C
Account Mix
D
Credit Inquiries

Correct!
Payment history has the largest impact, weighing in at 35% of your credit score.
Find out how these factors are affecting your score
Get Started Now

Incorrect
The correct answer is payment history with a 35% impact on your credit score.
Find out how these factors are affecting your score
Get Started Now

Keep up the good work!
Find out your exact credit score for free today & get access to free credit monitoring and real-time alerts.
Get My Free Credit Score

Credit Quiz
Which factor has the largest impact on your credit?
^
A
Payment History
B
Credit Usage
C
Account Mix
D
Credit Inquiries

Correct!
Payment history has the largest impact, weighing in at 35% of your credit score.
Find out how these factors are affecting your score.
Get Started Now

Incorrect!
The correct answer is payment history with a 35% impact on your credit score.
Find out how these factors are affecting your score.
Get Started Now

Keep up the good work!
Find out your exact credit score for free & get access to free credit monitoring and real-time alerts.
Get My Free Credit Score

Learn More
Get My Free Credit Score
Get Your Free Credit Score!
Advertiser Disclosure: The credit card and loan offers that appear on this site are from companies from which this site receives compensation. This compensation may impact how and where products appear on this site (including, for example, the order in which they appear). This site does not show all credit card or loan offers available in the marketplace. Credit Sesame is an independent comparison service provider. Reasonable efforts have been made to maintain accurate information throughout our website, mobile apps, and communication methods; however, all information is presented without warranty or guarantee. All images and trademarks are the property of their respective owners.
Close
Learn More! Close