Tax Time: Will You Get Hit by the Marriage Penalty? 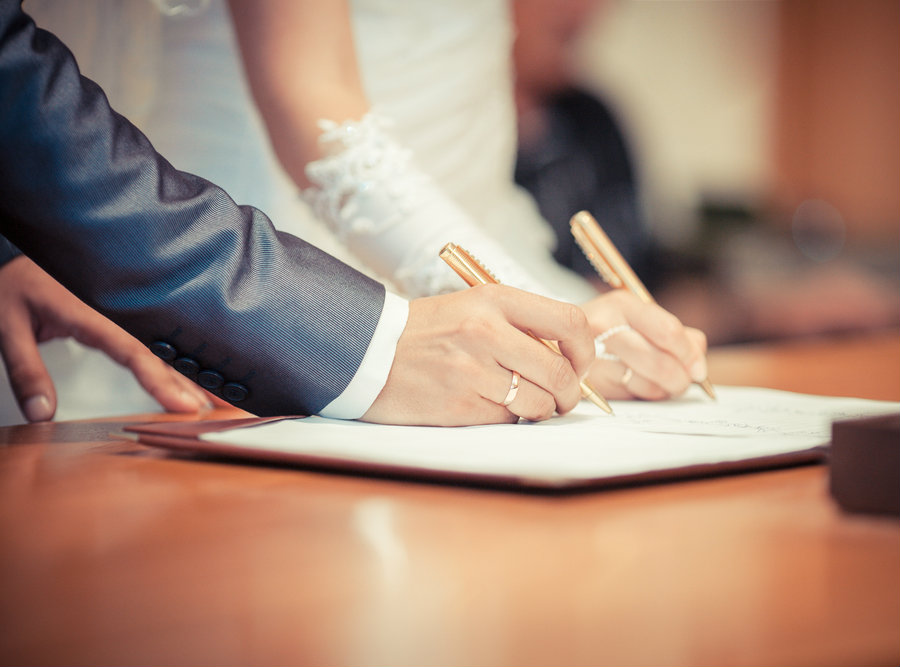 It’s almost tax time. If you were married last year, you’re married and you started or stopped working, or you or your spouse took a significant promotion or demotion, you could be in for quite a surprise.

What is a marriage penalty or marriage bonus?

The “marriage penalty” is a phenomenon in which two people end up owing more in taxes together as a married couple than they would have separately as single tax filers. The marriage penalty is more likely to hit a couple with more or less equal incomes, particularly if both spouses are either high earners or low earners. The higher the incomes, the more pronounced the penalty.

The “marriage bonus” (also called a marriage subsidy) is when a married couple owes less in taxes together than they would have owed separately. The marriage bonus most often applies to couples with very different (one high, one low) incomes. The relevant tax codes were written at a time when most married couples consisted of a primary earner and a non-earner or low-wage earner.

[You May Also Like: Money-Saving Tax Moves We Need to Stop Talking About and Just Do]

Where does the marriage penalty come from?

Whether rich or poor, marriage penalties often pop up because income limits set by the IRS are not doubled for couples.

While a single person can earn up to $189,300 before falling into the 33 percent tax bracket, a married couple cannot earn twice that amount before paying 33 percent. Instead, the rate kicks in at a combined income of $230,450.

[Related: Crack the Tax Bracket Code and Save More Money This Year]

Furthermore, high wage earners are also subject to certain additional taxes, such as the Medicare Surtax, which is imposed on combined income over $250,000. As single tax filers, our high-earning couple didn’t need to worry about that surtax (the cutoff is $200,000 for singles). Getting married easily pushes a high-earning couple into new tax territory.

It’s not just affluent taxpayers who have to worry about a tax penalty for tying the knot. Low-earners get hit, too.

Many low income earners who are eligible for the Earned Income Tax Credit find that marriage pushes them above the income limit for that financial benefit. The EITC is worth between $506 and $6,269, depending on the number of children the taxpayers have.

The EITC is a phased credit, not all-or-nothing, meaning the more you earn the less of a credit you qualify for. But clearly some couples will lose out on $1,000 or more.

The marriage penalty can also stem from a tax filer’s loss of head-of-household status. Overall taxable income is higher when this single-filer status is lost.

On the bonus side we see fewer examples. Although technically not a marriage bonus, some newly married couples buy their first home and qualify for several new tax deductions, including all closing costs and any interest paid on a mortgage for a primary residence. Of course those deductions are available to single and married taxpayers alike, but couples are more commonly eligible for them.

[Related: 3 Tax Filing Changes You Must Know About When Transitioning From Your 20s to 30s]

Ways to avoid (or mitigate) a marriage penalty

Not everyone who gets married will get hit with a big IRS bill. If one spouse doesn’t work, the newly married spouse’s tax burden will go down, since married taxpayers filing jointly pay lower taxes on combined income than single people with the same taxable income.

Also, marrying a non-working spouse can help a low wage earner qualify for a larger EITC.

Deductions become more important once your income and assets start to rise. If your career is on an upward trajectory, get into the habit of saving receipts now, on paper or electronically. You’ll need them later on if you find that you are eligible to deduct the expenses. You cannot take deductions, though, without proper documentation.

You can protect your assets in other ways, too. A non-working spouse can have an IRA, even though he or she would not have been eligible as a single taxpayer. Contributions reduce taxable income for the couple.

Marriage protects assets in case of death. A spouse can inherit any amount of money without being liable for estate taxes.

A qualified tax professional can help you determine the most advantageous way to file (married, filing jointly or married, filing separately). In fact, you might want to talk to the tax pro before getting married. Some high-earners facing significant additional taxes choose not to get married after all.

If you are a self-employed high earner married to someone in a similar financial situation, your tax professional can help you estimate taxes so that you can pay installments throughout the year and avoid a big tax bill in April.

If you are a high-earning employee, carefully review your withholdings. Don’t adjust your W-4 to reflect newly married status with no other consideration to the amount withheld from your paychecks. You might end up paying too little throughout the year and get hit by a big bill at tax time.

Be sure to notify the Social Security Administration of your name change right away. If you don’t, you could trigger an audit.

Wondering how your taxes will be affected by marriage or separation? Plug the numbers into this marriage penalty calculator to see.

You can trust that we maintain strict editorial integrity in our writing and assessments; however, we receive compensation when you click on links to products from our partners and get approved.
Published March 11, 2016 • Updated: March 15, 2017

Kimberly Rotter is a writer and editor in San Diego, CA. She and her husband have an emergency fund, two homes, a few vehicles, a handful of modest investments and minimal debt. Both are successfully self-employed, each in their own field. Learn more at RotterWrites.com.
View Kimberly Rotter's posts and answers >
Related Links
The clock is ticking on government benefits. Here’s how you can prepare.
Cash or Credit—Which should you use?
Forget hoarding toilet paper—these new grocery habits may actually save you money