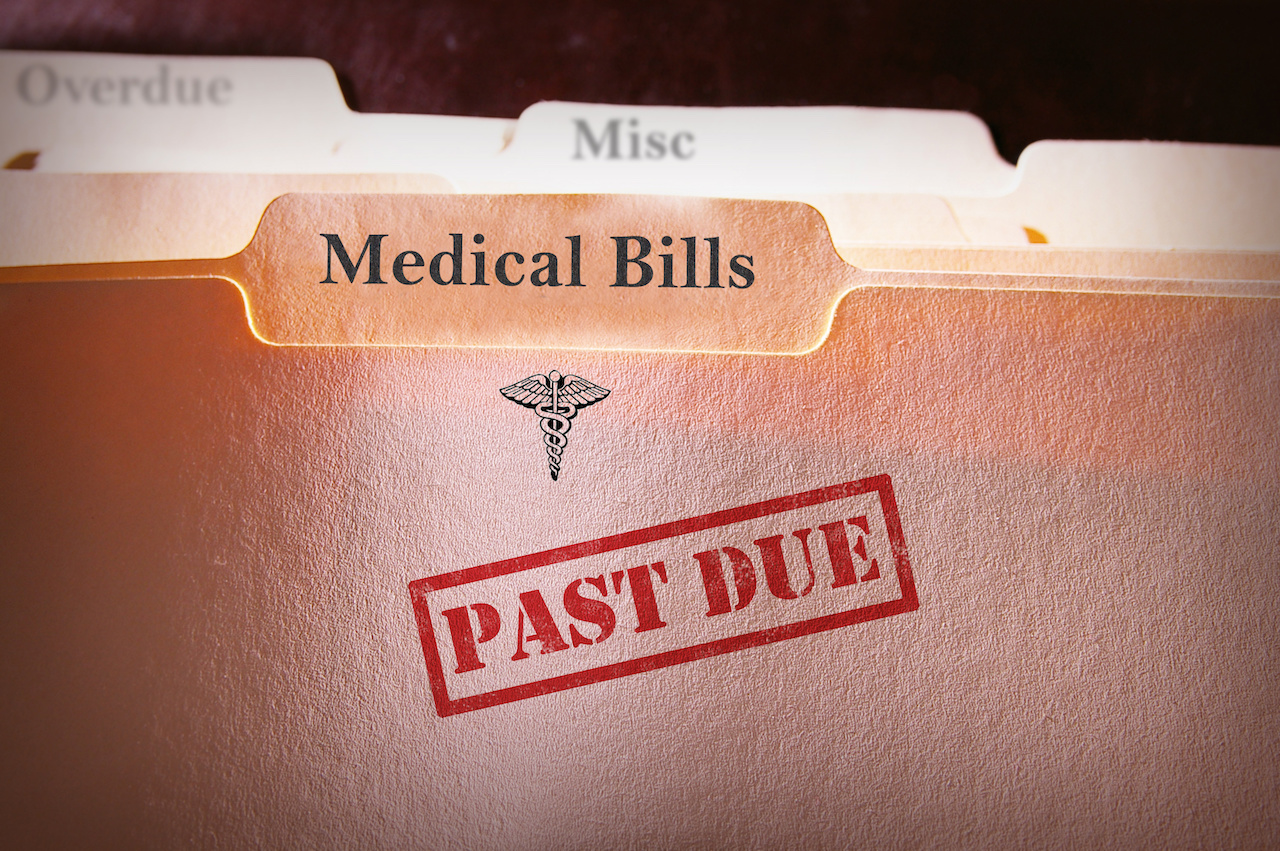 Health care is the largest source of debt in collections in the United States, and most states aren’t doing much to help residents. According to Innovation for Justice, a team of researchers at the University of Arizona and the University of Utah, only three states do enough to prevent residents from drowning in medical debt. Maryland, California and Maine received good rankings using the researchers’ medical debt policy scorecard. The other 47 states had weak or poor scores. See state ranking for helping with medical debt, below.

Medical debt is the most common type of debt that ends up in collections as reported on consumer credit records, according to a report by the Consumer Financial Protection Bureau. In 2021, 58% of debt recorded in collections were for a medical bill, the CFPB says.

How big is medical debt?

Almost 56% of Americans have some type of medical debt, with 1 in 4 adults owing more than $10,000, even if they have health insurance, according to a survey by an affordable health insurance group in 2022 that isn’t affiliated with Innovation for Justice.

The Kaiser Family Foundation estimates that 100 million Americans are behind on paying their medical or dental expenses, and 25% or more than $5,000.

Medical debt affects consumers financially in many ways. The survey found that 46% of Americans with medical debt delay buying homes, and 14% plan to declare bankruptcy in 2022.

Health care debt also prevents Americans from saving for retirement, investing in their children’s education, or borrowing money for college, according to a nationwide poll by the Kaiser Family Foundation. Almost half of poll respondents used up all or most of their savings because of health care debt, and 63% cut spending on food and other basics. About 1 in 7 people with debt said they’ve been denied access to a hospital, doctor, or other provider because of unpaid medical bills.

The Innovation for Justice team ranked all fifty states based on medical debt consumer protection policies. Protections include such things as legislative measures to restrict the healthcare industry’s billing and collection practices to how debt claims are handled in the courts. In particular, methodology and scoring criteria included state policy on:

State rankings from highest (most helpful) to lowest (least helpful) below:

Why Maryland is tops

Maryland had the highest score because it helps reduce medical debt in many ways. These include:

How states can help

Better solutions are available upstream, long before medical debt becomes a problem. These include policies to increase access to health insurance, financial assistance policies, and Medicaid.

Prevention is the ultimate goal, but more is needed to help patients who have incurred medical debt, and to keep the debt out of court, the group says. Such policies include preventing bills ending up in collections, not reporting medical debt to credit bureaus, and requiring providers to notify patients how to resolve billing disputes.

For cases that proceed to court, states should be aware that most patients represent themselves in court. A shorter timeframe for how long medical debt can be litigated might help, the group says, as could limiting post-judgment collection such as wage garnishment and home foreclosure.

You can trust that we maintain strict editorial integrity in our writing and assessments; however, we receive compensation when you click on links to products from our partners and get approved.
Published July 15, 2022 • Updated: July 7, 2022

Aaron Crowe is a freelance journalist who specializes in personal finance topics. He has written for Wise Bread, AOL, AARP, Bankrate and other websites that focus on financial literacy and saving money. He has also worked as a newspaper reporter and editor. You can follow him on Twitter @AaronCrowe.
View Aaron Crowe's posts and answers>
Related Links
All There is to Know About Debt Consolidation
Debt and Credit Rank Fifth in Consumer Complaints
Rising Credit Card Debt and the Consequences for Consumers