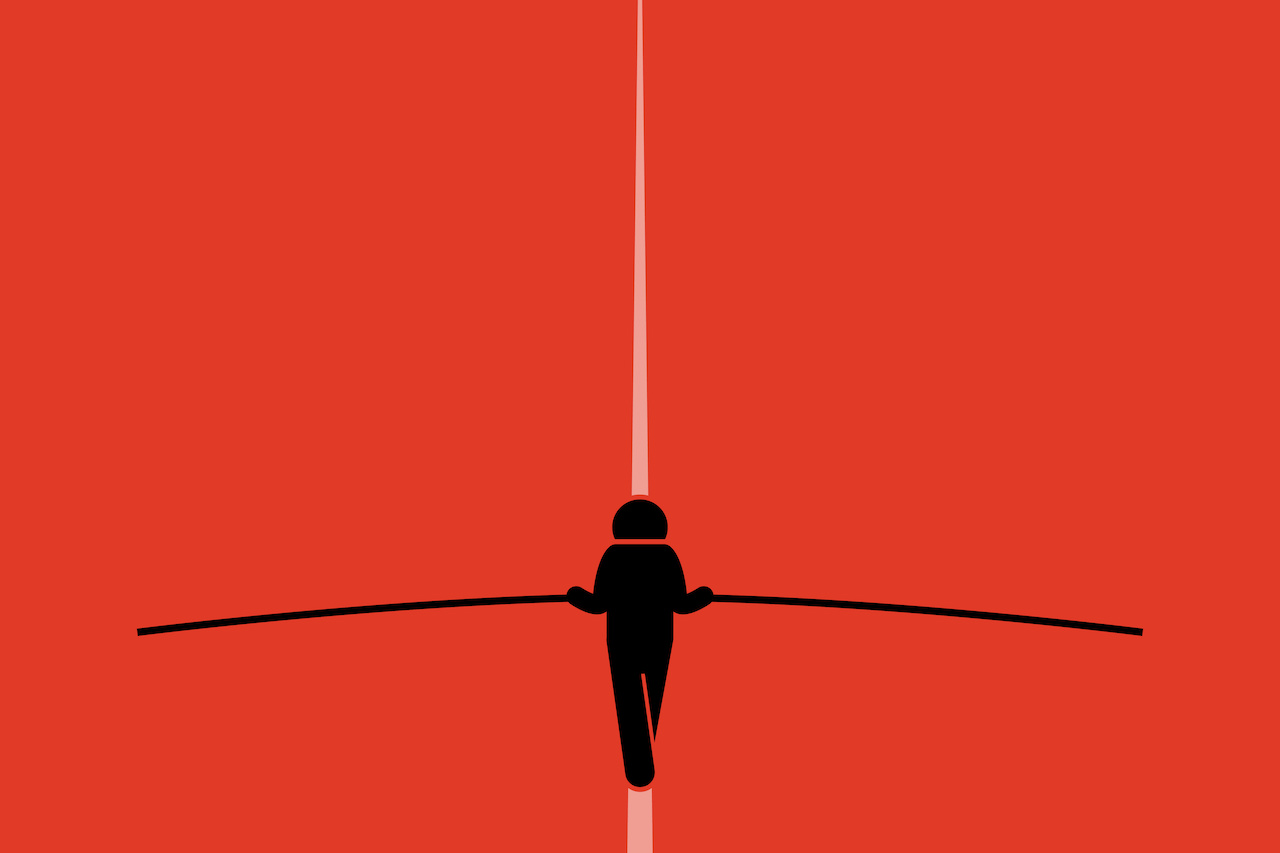 Credit Sesame discusses the inflation-recession tightrope walked by the Fed.

To understand what the Federal Reserve is attempting to do with interest rates, think of walking an inflation-recession tightrope with interest as the balancing pole.

The Fed is trying to balance on a thin line. Fall to one side, and inflation rages out of control. Fall to the other side, and the economy slows to the point of recession. Given the risks involved, it’s fair to say the Fed is the inflation-recession tightrope act without a net. But it has interest rates as the balancing pole.

The Fed has raised interest rates five times this year for a total increase of 3.0%. Raising interest rates is a way of cooling inflation, which has been running at levels not seen in 40 years. However, higher interest rates fight inflation by restricting demand. Tighten demand too much, and the result is a recession.

Looking at recent economic news, you can see examples of how the Fed is teetering between inflation and recession. Sometimes it seems like things are wobbling in one direction, and sometimes in the other. And now and then, it looks like the balance is just right.

Consumers have a lot riding on whether or not the Fed’s tightrope act succeeds. Inflation has already made it hard for many households to make ends meet. A recession could cost people their jobs and jeopardize their retirement savings. The Fed’s progress along the tightrope is tentative and calculated. Each piece of economic news awaited with bated breath. Can the balancing act continue, or will the Fed topple?

The economy shrank in the first two quarters of this year after adjusting for inflation. These declines were slight, but if that trend continued, it would indicate the economy has slumped into a recession.

The first report on third-quarter GDP is not available until the end of October. In the meantime, consumer spending is a key indicator to watch since consumers represent the majority of economic activity. So far, the third quarter has seen one month of slowing consumption and one month of rising consumption. Like so much else about the economy, the growth rate for the entire quarter hangs in the balance.

The Conference Board, an influential business research group, reported recently that there is a 96% probability of a recession within the following year. This is based on a statistical model that examines the relationship between GDP growth and various economic factors.

The estimate of a 96% probability of a recession is daunting. The Conference Board’s statistical model has shown a reasonably close correlation with economic cycles over the past 45 years.

In their commentary, the Conference Board cited the Fed’s interest rate hikes as the main reason for the high probability of inflation. That reflects something the Fed already knows: raising rates to fight inflation is risky. Hence the tightrope act.

The prediction is far from a sure thing. Statistical models based on past data are limited because history does not repeat itself in an orderly fashion.

The labor shortage may be easing a bit

One thing that has been contributing to inflation is a shortage of labor. The most recent Bureau of Labor Statistics employment report showed the unemployment rate at a 50-year low of 3.5%. Summer 2022 saw two job openings for every unemployed person. That’s an all-time high for the number of unfilled jobs compared to the number of people looking for work.

Recently, there have been signs that the labor squeeze is starting to ease. The number of job openings declined by 1.1 million in August. With that decline, the ratio of unfilled jobs to unemployed workers eased back from its record high.

If these trends continue, it could reduce some of the wage pressure contributing to inflation.

Just as the labor shortage appears to ease, another inflationary factor threatens to come back to life.

In July and August, lower oil prices helped cool the overall inflation rate. However, in early October, a group of major oil producers met to try to reverse the decline in oil prices.

The outcome of the meeting was an agreement to cut oil production by 2 million barrels per day. That represents 2% of global oil consumption. Oil producers hope to change supply-and-demand dynamics by cutting production enough to support higher oil prices.

Oil is a particularly influential inflation factor because, in addition to the direct cost of petroleum products, oil prices add to the cost of producing and delivering many other goods and services. If oil producers succeed, a rebound in oil prices is bound to put renewed pressure on inflation.

One major announcement representing the balance sought by the Fed came in the September employment report.

Continued job growth at a more moderate pace is precisely what the Fed wants. However, the inflation-recession tightrope walk is not over until several more economic factors balance.

If you enjoyed Balancing the Inflation-Recession Tightrope with Interest Rates, you may be interested in:

You can trust that we maintain strict editorial integrity in our writing and assessments; however, we receive compensation when you click on links to products from our partners and get approved.
Published October 11, 2022 • Updated: October 12, 2022

Financial analyst for Credit Sesame, Richard Barrington earned his Chartered Financial Analyst designation and worked for over thirty years in the financial industry. He graduated from John Fisher College and joined Manning & Napier Advisors. He worked his way up to become head of marketing and client service, an owner of the firm and a member of its governing executive committee. He left the investment business in 2006 to become a financial analyst and commentator with a focus on the impact of the economy on personal finances. In that role he has appeared on Fox Business News and NPR, and has been quoted by the Wall Street Journal, the New York Times, USA Today, CNBC and many other publications.
View Richard Barrington's posts and answers>
Related Links
How to spot a gift card scam
Unemployment: How Low Can it Go?
Personal Finance Weekly News Roundup December 3, 2022