Recession and Inflation as Threats to Personal Finances: Which is worst? 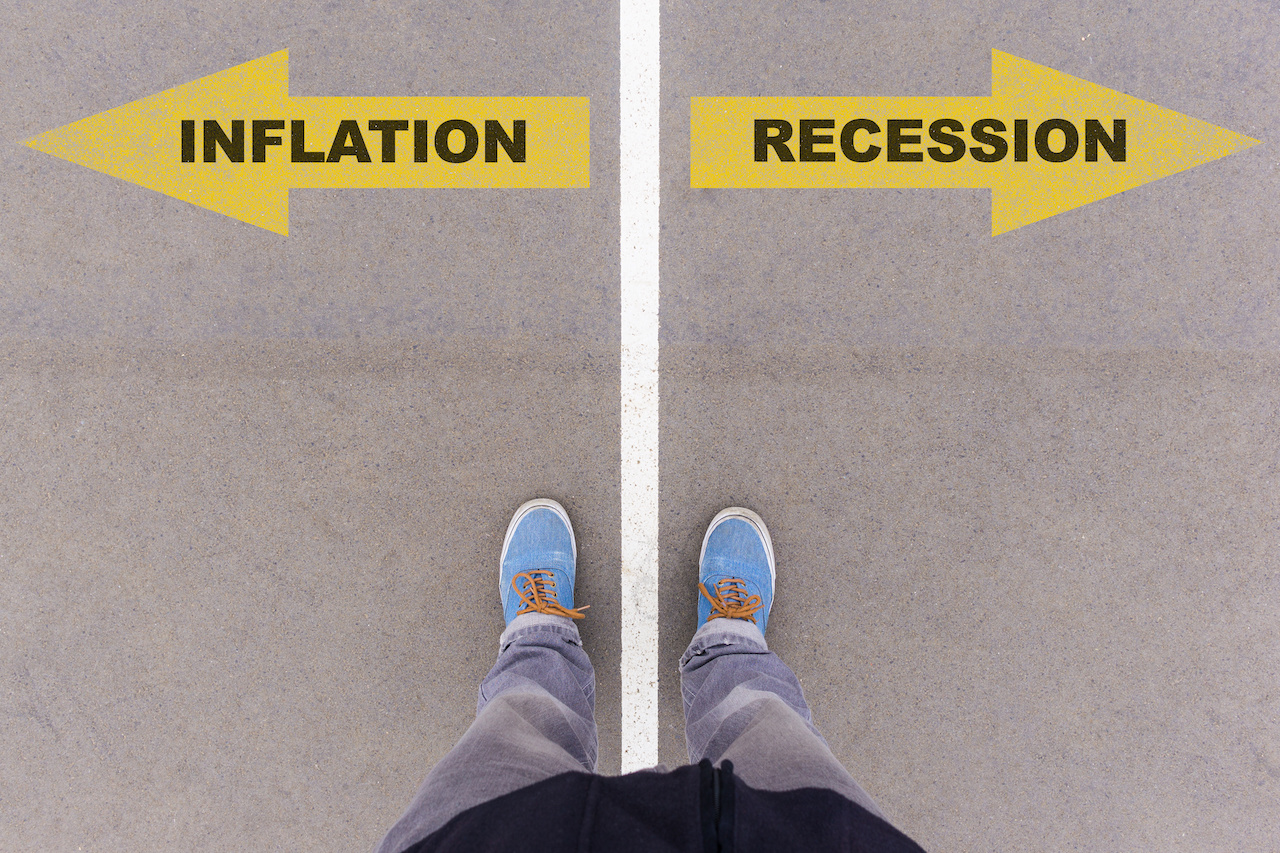 Credit Sesame analyzes recession and inflation as threats to personal finances. Which is the greatest threat?

What do the following have in common?

They are all classic “battle of the monsters” conflicts.

Inflation has increased steadily and has established itself as a monster over the last few months. More recently, the possibility of a recession has reared its ugly head.

Independently, these two economic monsters cause problems for the economy. Together, they could wreak havoc. Snuffing out inflation might require a recession. But is it worth it? It’s a question of deciding which is the lesser of two evils, inflation or a recession?

Recession and Inflation: What They Mean

Recession is a period of significant economic loss.

Recession can me measured by the length and/or the severity of the economic losses. For example, the recession triggered by the onset of the COVID pandemic was officially just 2 months long, according to the National Bureau of Economic Research (NBER). And yet, it caused the greatest decline in Gross Domestic Product of any recession over the past 50 years. According to the NBER, there have been seven recessions within the past 50 years.

Inflation is a decrease in the purchasing power of money.

Why Recession and Inflation Are Rarely Seen Together

Recession and inflation have somewhat contrary characteristics. As a result, it’s unusual for them to occur at the same time.

Recessions represent a slowdown in economic activity, which suggests weak demand. Inflation, on the other hand, tends to happen when demand exceeds supply.

That’s why people associate inflation with an economy that’s heating up too quickly. In contrast, very weak economies such as during the Great Depression or the Great Recession, have led to periods of falling prices (deflation, the opposite of inflation).

Recession and inflation co-starred in the 1970s

Every once in a while though, things get out of whack. You can have a weak economy and rising prices if there’s an artificial constraint on demand. For example, in the 1970s there were periods of a stagnant economy with rising inflation.

This was known as stagflation. Economic demand wasn’t great, but OPEC oil embargoes caused a scarcity of an essential resource that forced prices higher.

Something similar may explain current conditions. Inflation is rising even as the economy seems to be weakening. That’s because that economic weakness has been accompanied by some artificial supply constraints. These include the war in Ukraine, ongoing COVID shutdowns in China and labor shortages in some industries.

This background is important for understanding the Federal Reserve’s monetary policy decisions this year. The Fed has been raising interest rates in an attempt to slow the economy down.

Which Has a Deeper Impact?

Is fighting inflation worth the risk of a recession? One way to decide that is to look at the harmful effects inflation and recessions have had in the past.

Recessions mark a decline in economic activity, and the way that hits home most is by costing people their jobs. Recessions have been harmful to both employment and overall economic activity. However, these impacts have been mild compared to the damage high inflation periods have done to the purchasing power of consumers.

Which Has a Longer Impact?

Another way to look at the impact of recessions and high inflation is in terms of how long the harmful effects have lasted.

The following chart compares the length of the average recession and the average period of high inflation over the past 50 years: Recessions are painful, but on average over they’ve lasted under a year. In contrast, when high inflation takes hold it can be hard to shake. Periods of high inflation have lasted an average of nearly two-and-a-half years.

In the end, it’s not just how long the bad period lasts that matters. It’s how long it takes to recover from the damage.

Typically, it has taken 36 months for employment and 20 months for GDP to recover to prior levels after a recession. Purchasing power can never be restored after a period of high inflation.

One of the painful after-effects of a recession is that it can take years to restore the number of jobs that existed when the recession began. Overall economic activity recovers a little faster.

If you wonder why the Fed would risk triggering a recession in order to fight inflation, this historical data provides some answers. Both recessions and high inflation create real challenges for Americans but, generally, high inflation causes deeper and more lasting problems.

You can trust that we maintain strict editorial integrity in our writing and assessments; however, we receive compensation when you click on links to products from our partners and get approved.
Published July 14, 2022 • Updated: July 1, 2022

Financial analyst for Credit Sesame, Richard Barrington earned his Chartered Financial Analyst designation and worked for over thirty years in the financial industry. He graduated from John Fisher College and joined Manning & Napier Advisors. He worked his way up to become head of marketing and client service, an owner of the firm and a member of its governing executive committee. He left the investment business in 2006 to become a financial analyst and commentator with a focus on the impact of the economy on personal finances. In that role he has appeared on Fox Business News and NPR, and has been quoted by the Wall Street Journal, the New York Times, USA Today, CNBC and many other publications.
View Richard Barrington's posts and answers>
Related Links
Nine Ways to Save Money in Frugal February
Love in the Time of Inflation: How to Have a Cheap Date
Personal Finance Weekly News Roundup February 4, 2023