Tax Identity Theft: What You Need to Know to Protect Your Tax Refund 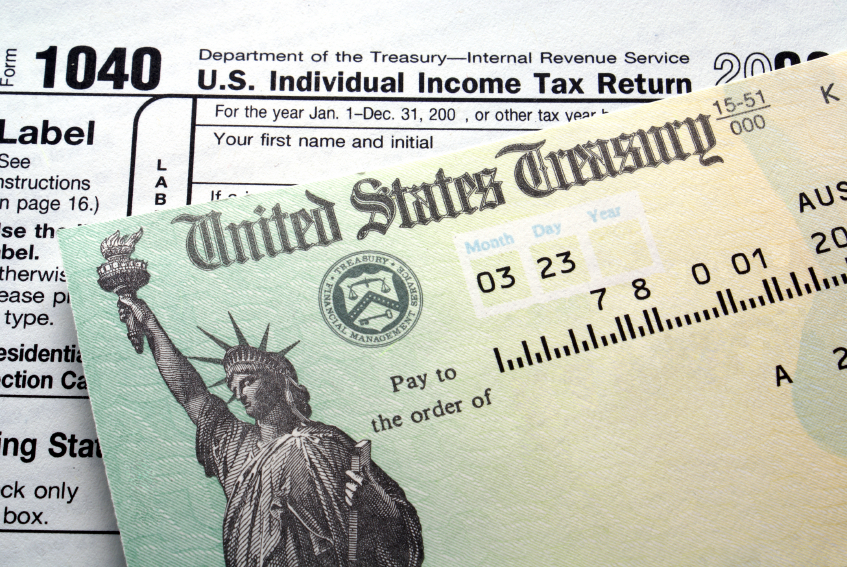 If you thought that the Christmas holidays were the busiest time for identity thieves, you’d simply be wrong. This season, right now, is identity theft season. For most thieves, tax time is harvest time. It’s like the holiday season for retailers, and where many thieves make the bulk of their yearly earnings. In fact, it may even be the single biggest source of profits for identity thieves. The IRS has already admitted that it paid out more than $5 billion to identity thieves in 2013 alone.

And why is that? Blame it on a badly broken system. See, identity thieves figured out a long time ago that all the IRS needed to process a tax return and pay a refund was a name and matching Social Security number. For whatever reasons, the IRS never bothered to look for red flags that might suggest a tax return was really just a fraud.

Living at different address this year? No problem, the IRS didn’t notice or care. Five hundred refunds being sent to the same address? Nope, no alarm bells at the IRS. Worked at the same job for the last thirty years, yet last year you completely changed your career path, doubled your deductions, attended college, and went from zero kids to a gaggle of six or seven? And all in less than a year? Think the IRS could tell something about that sudden and dramatic change in lifestyle warranted a second look? Well, apparently not.

In fact, the IRS has been so apparently lazy in recent years about spotting possibly fraudulent returns that a couple of years ago, in testimony before congress, the agency admitted that in spite of increased vigilance it would still lose $20 billion or more of tax payer money to tax refund fraud and identity theft over the next few years.

And the thieves are making hay. Just a few weeks ago, prosecutors announced that they had charged at least sixteen people from the New York area with running a massive identity theft ring that made its money from filing fraudulent tax returns.

Prosecutors claimed that the gang had stolen the identities of more than 11,000 people, opening up 3,500 bank accounts in more than 400 financial institutions. The thieves used that elaborate network to file fraudulent tax returns for close to $38 million—of which more than $10 million was actually paid out. The scheme only unraveled after a vigilant employee at a small credit union spotted an anomaly and reported it to the FBI.

But that case is small fry. In 2011 a gang in Florida filed fraudulent tax returns amounting to more than $120 million. Police only got suspicious when they noticed that small time drug dealers were disappearing from street corners. Turns out the drug dealers had gone back to school. They were busy attending seminars at local hotels that were hosted by other drug-dealers-turned-identity-thieves who were teaching their criminal audience how to use tax filing software like Turbo Tax to file to millions of dollars in bogus refunds using stolen personal information.

And where are the thieves getting all the information to file so many fraudulent returns? Think data breaches. Like the recent breach at healthcare giant Anthem that exposed the names, dates of birth, and Social Security numbers of almost a third of all adults in the U.S.

But once again, that’s small fry. A recent report suggested that in 2014 alone there were more than 1,500 reported data breaches worldwide, that 75% of those breaches were in the U.S., and more than one billion personal records were exposed. And the #1 motivation for the attacks? Identity theft, according to the report.

In fact, the non-profit Identity Theft Resource Center now says that in the last five years alone more than half of all data breaches reported in the U.S. have involved the exposure of Social Security numbers.

But it’s not just data breaches you have to worry about, because many data thefts that lead to identity theft happen much closer to home. When I recently spoke to a notorious identity thief currently serving a lengthy sentence, he said that tax time makes people like him giddy. He talked about hiring people to spend tax season wandering through neighborhoods stealing mail and checking trash. Once he found a good target (and he says he can find upwards of twenty on a good weekend), he would eventually be able to piece together enough information to start filing bogus returns.

And the news is not good for victims who find that the IRS has rejected their tax return. Only a couple of years ago, victims of tax refund identity theft could still expect to get their refund within a month or two. Today, victims can expect to wait a year or more for the IRS to investigate the fraud and issue a new refund.

And as if the news couldn’t get any worse, the IRS recently announced that as a result of budget problems, it expected more cases of identity theft, less help for victims, and an even slower response to claims of identity theft.

How to Protect Yourself

So what can you do to protect yourself?

Credit Sesame now offers free identity theft protection to give you added peace of mind. When you sign up for a free Credit Sesame account you’ll get access to your free credit score, free credit monitoring with real-time alerts, plus $50,000 in identity theft insurance and fraud resolution assistance — for free. Sign up today »

You can trust that we maintain strict editorial integrity in our writing and assessments; however, we receive compensation when you click on links to products from our partners and get approved.
Published March 3, 2015 • Updated: October 18, 2022

Neal O'Farrell, Credit Sesame's Security and Identity Theft Expert, is one of the most experienced consumer security experts on the planet. Over the last 30 years he has advised governments, intelligence agencies, Fortune 500 companies and millions of consumers on identity protection, cybersecurity and privacy. As Executive Director of the Identity Theft Council, Neal has personally counseled thousands of identity theft victims, taken on cases referred to him by the FBI and Secret Service, and interviewed some of the nation's most notorious identity thieves.
View Neal O'Farrell's posts and answers>
Related Links
Financial Aid Awareness Month 2023
Will 2022 Economic Trends Continue?
Personal Finance Weekly News Roundup January 28, 2023