Credit Sesame Survey: The cost of poor credit is more than just financial 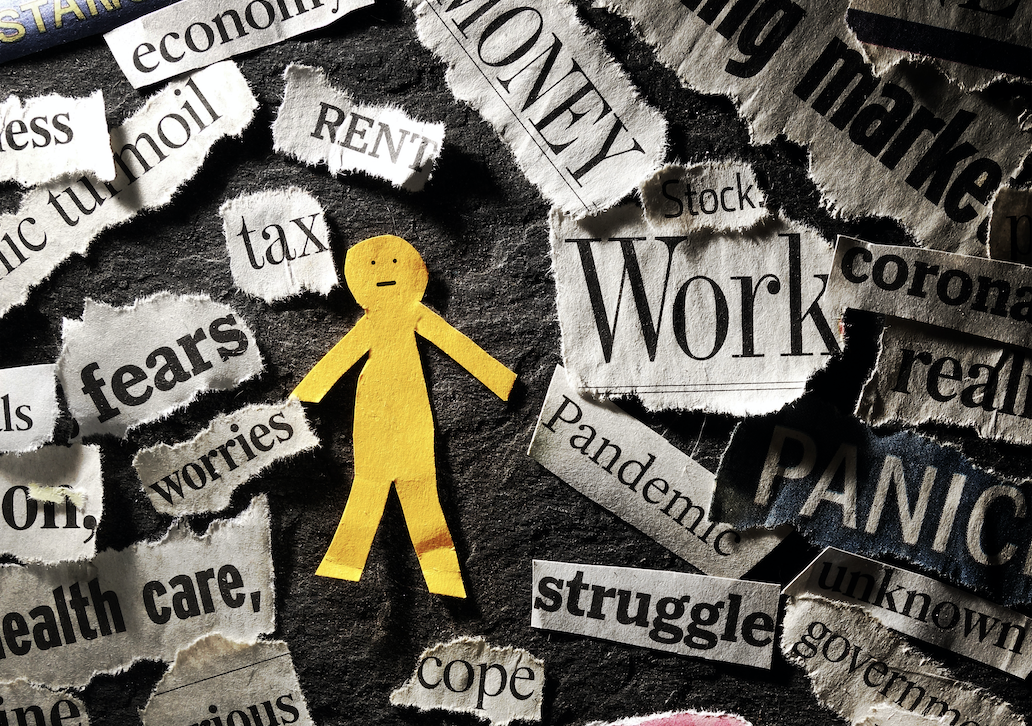 A recent study from Credit Sesame, which surveyed 5,000 adults in the United States, reveals that the cost of a low credit score is more than financial. The findings show that poor credit impacts nearly every aspect of consumers’ lives—from mental health and personal relationships to their employment and living situation.

This article highlights the comprehensive impact of poor credit and explores the different financial and lifestyle experiences between those with poor credit and Americans overall.

Americans with poor credit are being hit hard by the system, and they know it.

Those with poor credit believe the system is unfair.

Many also attributed their low score to several barriers, from making on-time payments to unemployment and unexpected medical expenses. 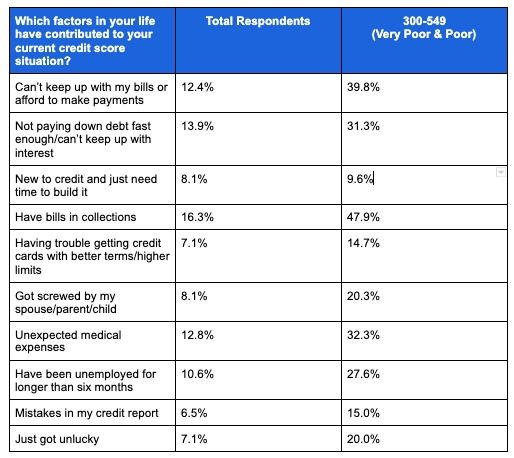 This contrasts starkly with the experience of those who have good (640-719) or excellent (720+) credit, who cited positives (87 percent) rather than barriers:

They’ve been hit harder by the pandemic than most. 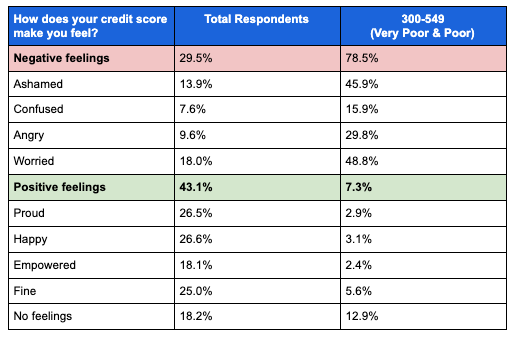 This dichotomy is especially evident in how a credit score has hurt or helped them.

Almost all Americans with poor credit (94 percent) can identify how their credit score has negatively affected them in life. Over half (57 percent) have to operate on cash or debit because they don’t have a credit card, and half can’t buy a home or qualify for a car loan. Others have missed out on job opportunities or experienced problems in relationships because of their poor credit. 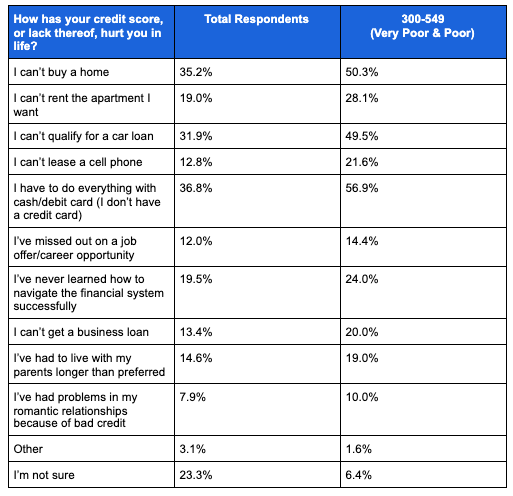 Many with poor credit say they are working hard to improve their credit score.

Many with poor credit say they are working hard to improve their credit score and financial situation by reducing debt (29 percent), signing up for a credit monitoring service (15 percent), working side jobs (14 percent), and using credit cards carefully (14 percent). Just 19 percent have given it up as a lost cause.

You can trust that we maintain strict editorial integrity in our writing and assessments; however, we receive compensation when you click on links to products from our partners and get approved.
Published December 17, 2020

View Jay Moon's posts and answers >
Related Links
Your stimulus check could help improve your credit score
Travel plans canceled? Make the most of being home for the holidays
Teaching your kids about finances

marcus miller•  January 1, 2021 Edit
i really need this money
Reply
Get Your Free Credit Score!
Advertiser Disclosure: Many of the offers that appear on this site are from companies from which Credit Sesame receives compensation. This compensation may impact how and where products appear (including, for example, the order in which they appear). Credit Sesame provides a variety of offers, but these offers do not include all financial services companies or all products available.