L.A. vs. San Francisco & NYC vs. Brooklyn: Who has Better Credit Scores?

While it may seem like credit scores are an individual issue, based on a person’s situation and financial habits, we wanted to take a look at a larger slice of life to see if any patterns emerge related to credit and the lifestyle factors that contribute to credit scores.

Here’s what we found and what might be behind these patterns:

In Los Angeles, 65 percent of consumers have credit scores between 551 and 759. In San Francisco, 54 percent have scores in that range.

When we looked at consumers in the lowest credit score range, 550 or lower, we found nearly 21 percent of the Los Angeles population and only 8 percent in San Francisco.

Credit card debt is slightly higher in Los Angeles at $4,131 per person in the household, compared to $3,708 in San Francisco. San Francisco credit card holders fare better on their utilization ratios, though, because credit limits are much higher there, at $22,513 versus Los Angeles’ average of $15,626. 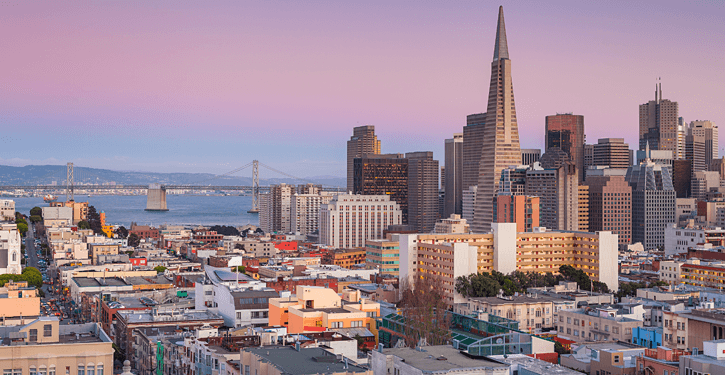 San Francisco is home to a much higher cost of living (rents and home prices) compared to most other American communities. Credit scores in San Francisco are better despite the additional financial cost – probably the result of higher incomes. Income is not a credit score factor, but more money makes it less likely to fall behind on financial obligations or max out credit cards.

The majority of Brooklyn consumers – 67 percent – are in the mid credit score range, 551-759. In Manhattan, 59 percent fall in this range. When we look at scores of 550 or lower, more Brooklynites – nearly 20 percent – have a score in that range compared to Manhattanites – 16 percent.

Consumers in Manhattan have more student loan and credit card debt than those in Brooklyn. However, Manhattanites have higher credit limits, which partly explains their higher credit scores. A large part of your credit score is based on your debt utilization ratio, or how much debt you carry in relation to the total amount of credit available to you. The best way to use this ratio to your advantage is to have credit but not use it much. 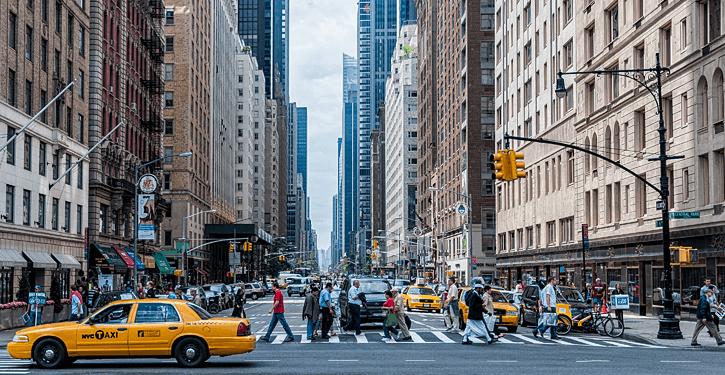 The higher credit limits in Manhattan might also be related to its overall higher incomes, because again, higher incomes may be less likely to lead to financial struggles, late payments and collection accounts. 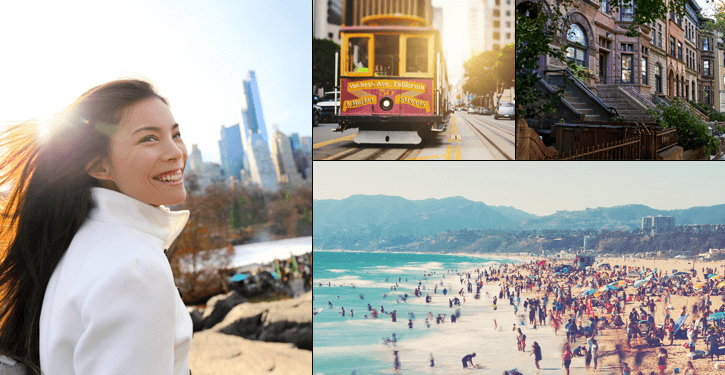 San Francisco comes out on top with an average credit score of 708, followed by Manhattan at 668, Brooklyn at 642, and Los Angeles at 640.

Overall, Americans have slowly and steadily improved their credit ratings over the past decade. That’s good news, especially in competitive markets like San Francisco, where the average home buyer needs a credit score of 770 – the highest requirement we know of.

The data from these four major metropolitan areas gives us a glimpse into how lifestyle, economic environments, and the use of credit truly influence each other.

Take a look at our interactive map that shows more credit scores across the country, as well as credit score “gaps,” where residents of one city face big differences in their credit scores.

You can trust that we maintain strict editorial integrity in our writing and assessments; however, we receive compensation when you click on links to products from our partners and get approved.
Published January 16, 2017

View John Rampton's posts and answers >
Related Links
Do you have enough credit cards? Here are 6 reasons to consider more
4 Credit and Finance Checks To Do Before Your State Reopens
Don’t Like Your Credit Score? Improve Your Score With These 4 Simple Tips