Home Prices Continue to Rise: What it Means for You 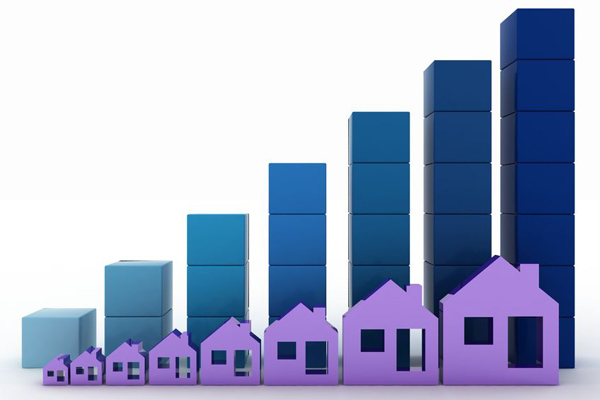 According to the S&P/Case-Shiller Home Price Indices, home prices in the U.S. rose 12.2 percent in May over one year prior, the biggest annual gain since 2006. Some markets saw gains twice that, and Dallas and Denver set new records, marking the first time since the housing bust that any city tracked by the index reached an all-time high. In a CNBC interview, David Blitzer, Managing Director and Chairman of the S&P Index Committee, forecast that the housing market overall will continue to see gains, but not at the 12 percent level we’ve seen lately. Instead, gains will ease off, and a year or two from now the market will be in a more normal state, delivering gains of 1-2 percent per year. The S&P/Case-Shiller Indices include a 10-city composite and a 20-city composite.

Nationwide, prices were up in June 5.8 percent over the prior year, also the biggest gain since 2006, according to Zillow.

The number of underwater mortgages is falling, and more sellers are putting their homes on the market, which in turn has eased the inventory shortage.

In July, however, price increases started to level of significantly (according to asking prices tracked by Trulia), reflecting rising interest rates, fading investor interest and more homes for sale. Prices are still an average of 24 percent below 2006 peak levels, according to the S&P/Case-Shiller index.

Prices will not go down

Home prices are not forecasted to decline nationwide. The slowdown in growth is considered by most experts as a sign of healthy recovery for the housing market.

New homes will continue to push the housing market toward health, as builders are still not building enough houses to keep up with demand. Many cities have a total inventory of homes for sale that is one third to half of the level considered balanced (six months’ supply). Nationwide, the inventory of homes for sale is at about five months’ supply.

Certain markets, however, still have a glut of foreclosures that have yet to hit the market. Those properties could drive prices down in cities like Las Vegas, where 45,000 mortgage borrowers are currently at least 90 days late or already in foreclosure.

Higher mortgage rates will affect the market somewhat but not significantly. “A lot of homebuyers will shift to adjustable rate mortgages from fixed rates,” Blitzer observed. And he noted, “as interest rates go back to normal, it has to begin to bite into housing. [But] it won’t kill it off.”

In the mood to buy

Rising home prices, rising interest rates and increased inventory are motivating many buyers to get off the sidelines and move forward with a purchase. Bidding wars continue in many markets.

You can trust that we maintain strict editorial integrity in our writing and assessments; however, we receive compensation when you click on links to products from our partners and get approved.
Published August 9, 2013 • Updated: March 9, 2016

Kimberly Rotter is a writer and editor in San Diego, CA. She and her husband have an emergency fund, two homes, a few vehicles, a handful of modest investments and minimal debt. Both are successfully self-employed, each in their own field. Learn more at RotterWrites.com.
View Kimberly Rotter's posts and answers >
Related Links
Your stimulus check could help improve your credit score
Another stimulus check? Here’s what we know so far (UPDATED 1/4)
Travel plans canceled? Make the most of being home for the holidays